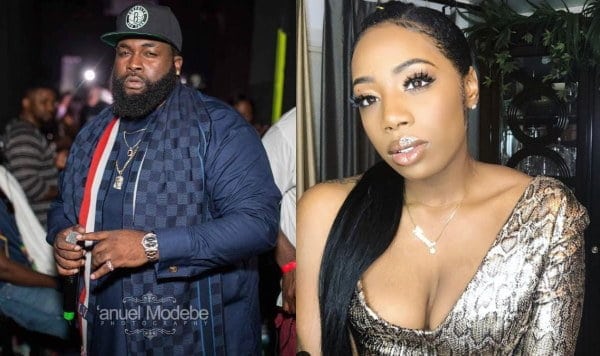 Maria Nnenna, the baby mama to Special Spesh, has accused him of being a deadbeat father. They both welcomed a son few months back.

This is coming after Spesh’s baby mama celebrated the first birthday of her son and further stated that she deserves a pat on the back.

“My baby will be a year in a month ??? patting myself on the back”

Maria who accused Special Spesh of being a deadbeat father that plays the victim, shared a screenshot of her chat with the hypeman in which she asked him to state what he is committing to his son’s welfare as she listed what she spends monthly for his upkeep.

However, from the chat, it was gathered that Special Spesh who claimed that he doesn’t have a job, told his baby mama that he will be only be giving $250 for her car monthly. 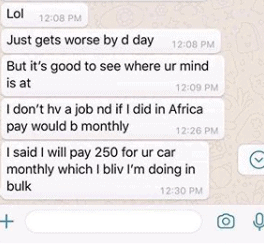