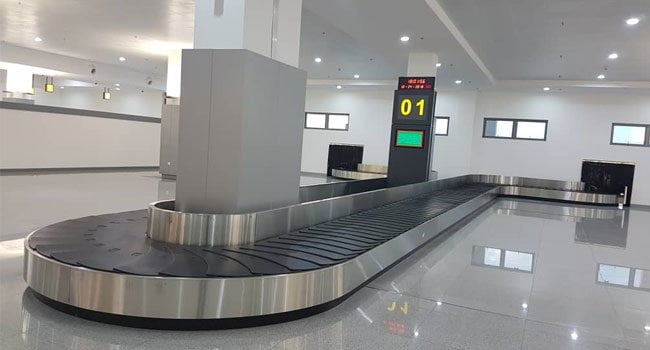 Buhari Lauds His Government As One Doing Well In Infrastructure.

President Muhammadu Buhari has said his administration is gradually closing the infrastructural deficit in the country.

The President said this, while inaugurating the new terminal of Nnamdi Azikiwe International Airport, Abuja today,

The terminal was constructed with funding from the China Export Import Bank.

“This administration recognises aviation as a catalyst for economic growth and as such will continue to encourage and support the actualisation of projects that will place Nigerian airports amongst the best in the world,” he said.

“This event today, reflects government’s deliberate policy to sustain the development of Nigeria’s infrastructure. We are gradually closing the infrastructural deficit bedevilling our country.”

According to him,  the terminal is the first airport terminal to be connected to rail transport system in the country.

“This has provided passengers and other airport users with a choice in the mode of transport to and from the city centre. I recall taking a ride from the city metro station to the airport on the day the rail line was commissioned,” he said.

“I wish to assure you therefore, that government remains committed to developing Nigeria into regional air transportation hub and thereby assuming its leadership in the aviation sub sector in Africa.”