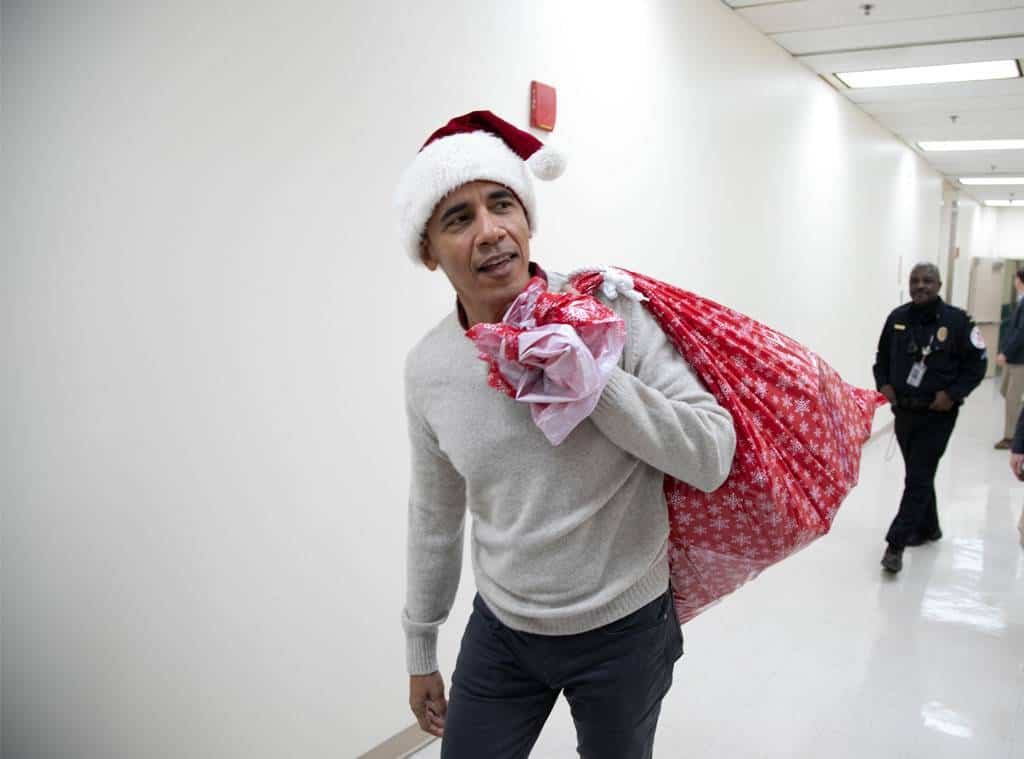 In the atmosphere of Christmas, former US President, Barack Obama, yesterday, in a Santa Claus appearance visited the Children’s National Hospital in Northwest Washington, D.C, where he presented gifts to sick kids.

A statement released by his office, “greeted individual patients in their rooms and stopped by several playrooms.” He also delivered some Christmas gifts.

In the statement it was also revealed that Obama did more than present gifts to sick kids, “He had the chance to spend some time with parents and siblings of kids who are spending the holidays in the hospital,” it said.

It was also revealed that Obama and his wife Michelle Obama have made many cameos at other D.C. institutions, including Ballou STAY High School, McKinley Tech High School, Dog Tag Bakery and other locations.