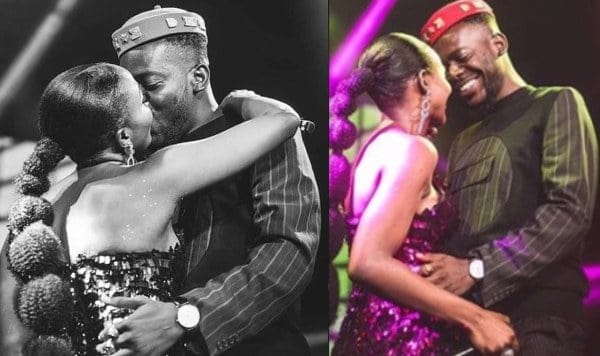 According to NET, Nigerian singers, Simi and Adekunle Gold are engaged, further report revealed that they had a wedding introduction last weekend.

It was reported that the wedding introduction was attended by only their family and close friends, and photos were not allowed to be taken.

“Did you guys hear that Simi and Adekunle Gold are now engaged? The two had a low key introduction ceremony this past weekend. ??????
.. It was attended by only their family and close friends, and photos were not allowed to be taken. Wish them all the best guys! And when you see photos, remember we told you first” ????❤️❤️❤️❤️
They are now accepting hashtag suggestions oh

Naija News recalls the picture of both singers in a very warm embrace, sharing a kiss was recently seen on social media, before it was taken down by Simi and replaced with another picture.

Fans and followers have been kept in the dark about the relationship status of the two Nigerian singers and expectantly await the official confirmation on the truth.