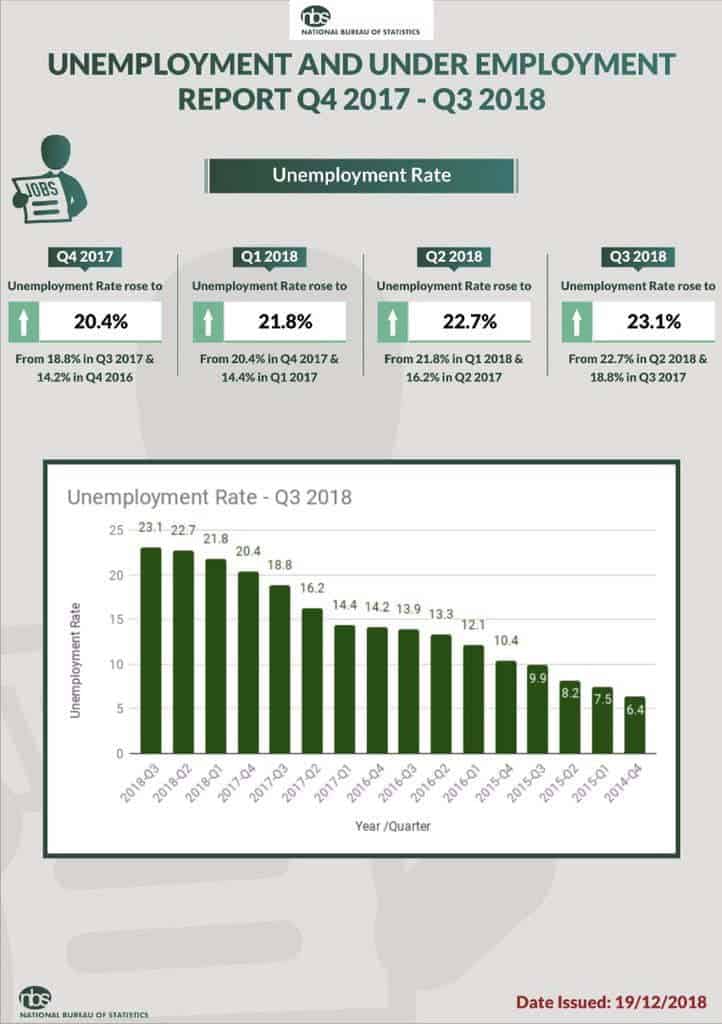 How do you guys want this man to stay on as @NGRPresident? How? pic.twitter.com/upK4G8oMUL

The report said the total number of people classified as unemployed, which means they did nothing at all or worked too few hours (under 20 hours a week) to be classified as employed increased from 17.6 million in Q4 2017 to 20.9 million in Q3 2018.

Of the 20.9 million persons classified as unemployed as at Q3 2018 11.1 million did some form of work but for too few hours a week (under 20 hours) to be officially classified as employed while 9.7 million did absolutely nothing, the NBS said.

I know a lot of us might be unaffected by this, but just think about this for a minute; Nigeria's unemployment rate more than doubled between mid 2015 and now from 8.2% to 23.1% meaning over 20 million Nigerians are now unemployed. In the past year, the economy only created pic.twitter.com/w7HOKpNpbm