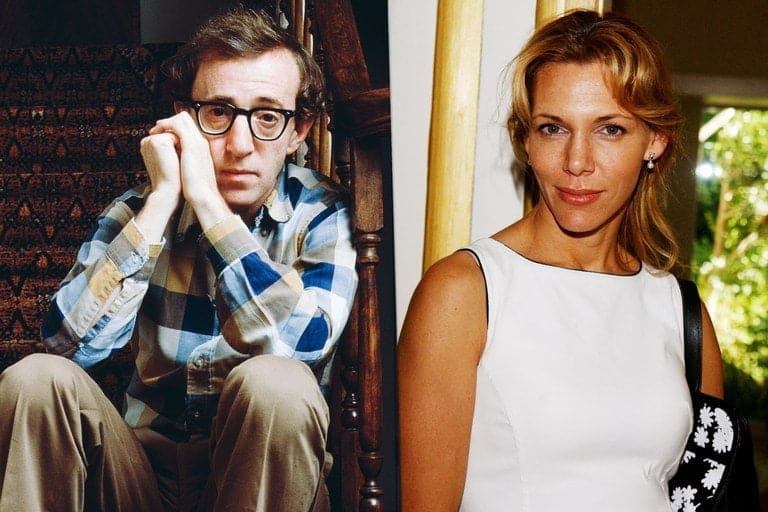 Movie director, Woody Allen, that was recently disgraced is back in the news again for sexual affair with a minor.

The latest allegation was revealed in Hollywood Reporter’s exposé in which the controversial director was called out for having an 8-year relationship with then-16-year-old Babi Christina Engelhardt.

Engelhardt revealed that they embarked on their illicit romance in October 1976, after briefly meeting at a New York City restaurant. She added that it wasn’t Allen who made the first move, but herself, a brazen young teen.

In an attempt to get his attention, Babi wrote her number on a napkin and joked, “Since you’ve signed enough autographs, here’s mine!”
Soon, they met at his penthouse on Fifth Avenue where they would reportedly engage in sexual activities for the next eight years. She was still 16.

She said they met “on more than 100 subsequent occasions,” adding that he introduced her to “two other ‘beautiful young ladies’ for threesomes.” While she had reportedly “experimented with bisexuality” prior to her relationship with Woody, she said with him it was “interesting—a ’70s exploration.”

She further added that four years into their affair, he introduced her to his girlfriend at the time, Mia Farrow, much to the dismay of Engelhardt, who thought she was his girlfriend. “I felt sick. I didn’t want to be there at all, and yet I couldn’t find the courage to get up and leave. To leave would mean an end to all of this,” Babi wrote in an unpublished manuscript.

Babi said she got over the feelings of “jealousy” to find that she enjoyed their alleged threesomes. She claims she and Mia bonded over their shared interest in astrology. It was only after they finished the alleged act that Engelhardt understood she was “little more than a plaything.”

Moreover, Engelhardt said she looked at Woody and Mia in a “mother-father” way. “To me, that whole relationship was very Freudian: how I admired them, how he’d already broken me in, how I let that be all right,” she said now.

Years later, she left New York to work for director Federico Fellini, ending their affair. However, Babi is upset that Woody saw their tryst as “just a fling,” and she came to this conclusion by watching Allen’s 1979 film Manhattan, which depicts a young teen engaging in a sexual relationship with an older man.

“How could he deconstruct my personality and our life together as if it were just some fictional creation for art house fatheads to pore over?” she wrote in her unpublished manuscript.

She told THR, “This is not ‘bring down this man.’ I’m talking about my love story. This made me who I am. I have no regrets.”