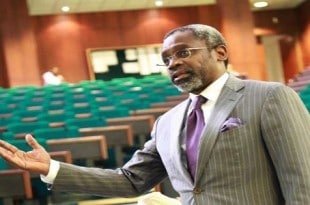 Mr. Femi Gbajabiamila, the majority leader of the Federal House of Representatives, has said that striking workers of the National Assembly cannot shut down the legislature.

The lawmaker said that the legislature cannot be stopped from sitting by the striking workers because such will amount to shutting down the country.

Gbajabiamila made this declaration while speaking to journalist at the White House lobby of the NASS on Tuesday.

He said, “It’s not possible to shut down the legislature as the entire country would be shut down as there will be nobody to make the laws.

“Last night both legislative chambers’ leadership met on the issue of unpaid salaries though we operate separate accounts and we are on top of it.

“Our intervention is already yielding results and we hope to get results soon.”

On whether President Muhammadu Buhari will still present the budget, he said, “This is an APC government, yes the president will present it tomorrow (Wednesday).”