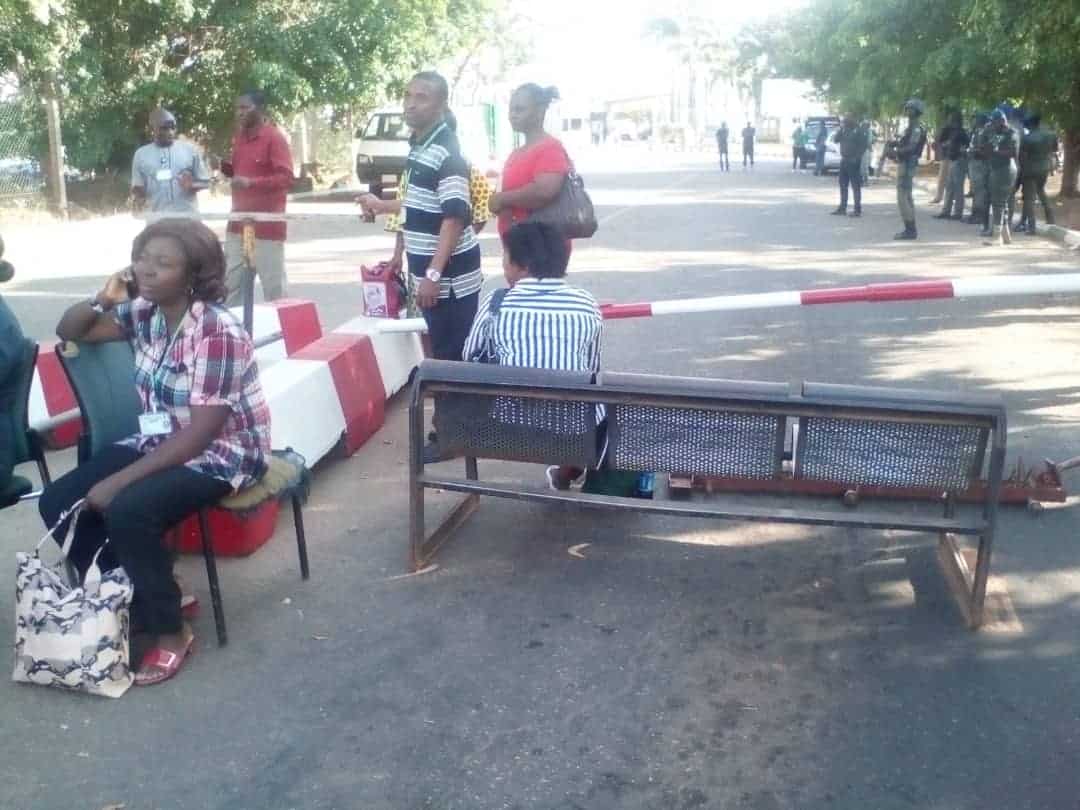 According to a statement signed by Sani Omolori, Clerk of the National Assembly, the directive was passed after a meeting of the joint leadership of the two chambers with the management and representatives of the security agencies.

It will be recalled that Naija News had earlier reported how the National Assembly workers, under the Parliamentary Staff Association of Nigeria, on Monday, started a four day warning strike.

The workers are demanding better working condition and the payment of arrears of their wages and entitlements being owed.

The meeting was called by the political leadership to listen to the management led by the Clerk of the National Assembly (CNA) on efforts made so far to address the grievances of the striking staff.

“The leadership of the National Assembly called the meeting because they know that almost all the issues raised by the striking workers were being addressed by the management. And after listening to the CNA, it was unanimously agreed that the management had made sufficient plans and efforts to address all the grievances of the workers and ensure their happiness.

“We were sure that the issues raised by the workers have been well attended to and that it is necessary for the business of the National Assembly to continue without any disturbance. Both chambers must hold their normal plenary tomorrow morning to prepare the ground for the visit of President Muhammadu Buhari on Wednesday, December 19, 2018, to present the budget proposal to the joint sitting of the Senate and the House of Representatives.

“We have therefore mandated the security agencies to perform their duty of maintaining law and order in the National Assembly Complex and its surrounding. They must enforce the laws which allow the striking workers to down tools if they choose to and also the ones which restrain them from disturbing those who choose to work or stop parliamentarians from entering the chambers or their offices to do the work for which they were elected.

“Senators and members of the House of Representatives, their aides, other workers and people who have legitimate business within the National Assembly Complex are therefore advised to come in as they will be free to operate without any hindrance and molestation.

“If President Buhari is unable to present the budget proposal on Wednesday as scheduled Nigerians should hold the security agencies responsible for failing in the performance of their duties”, the leadership of the federal legislature stated.

The National Assembly ably led by Aare Akobonfole of Offa Robbers @BukolaSaraki does not care one bit about NASS staff. As far as he is concerned, paying workers is a privilege not a right. The only people he has the duty to pay are his subjects like Baba Idris & Bankole Omisore!

Meanwhile the PASAN Chairman, Musa Bature, has disclosed  the industrial action of the striking workers continue.

Mr. Bature who said this during an interview session, said the government side failed to resume talks with the PASAN leadership on Monday night.

Mr Bature however admitted that  the leadership of National Assembly represented by Senate President and House of Representatives Speaker had intervened and had started work on the Conditions of Service demand , but decried Management’s failure to offset the CONLESS as agreed with the union.