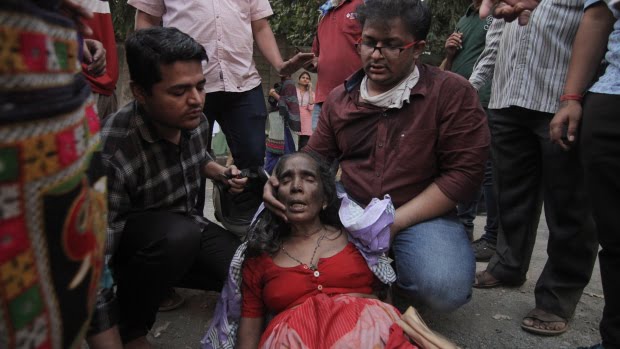 No fewer than six people have lost their lives, while about hundred person injured when a fire engulfed a hospital in Mumbai, India on Monday, officials said.

The blaze broke out around 4:00 pm (1130 GMT) on the fourth floor of the government-run ESIC Kamgar hospital in the northern suburb of Andheri.

According to the statement by the civic authority’s disaster management cell, six persons have died so far, while about 150 patients, doctors and nurses were rescued.

The fire in the five-story government-run ESIC Kamgar Hospital in the suburban Andheri area was believed to have been caused by an electrical short circuit, said police officer A.P. Lokhand.

“They were rescued from different floors by firemen using ladders,” a disaster management official told the Press Trust of India news agency, adding that they were then taken to other hospitals for treatment.

Accidental fires are common across India because of poor safety standards and lax enforcement of regulations. They are particularly common in densely populated Mumbai, India’s financial capital.

In December last year at least 14 people were killed when a huge blaze tore through a popular restaurant in the city.

Earlier that month a fire swept through a Mumbai sweet shop, sparking a building collapse which killed 12 sleeping workers.