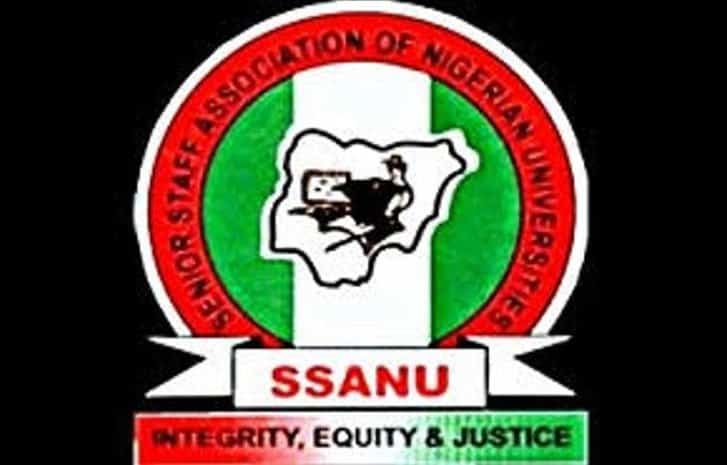 A protest was staged in Yola by members of the Senior Staff Association of Nigerian Universities in the Modibbo Adama University of Technology, following non-payment of earned allowances by the Federal Government.

They also complained over discrimination against workers of staff schools of various federal universities, pressing the point that the workers should be treated as any other set of staff working for the Federal Government.

The SSANU members marched through the major streets of the university campus in the Girei Local Government Area of Adamawa State, an event which marked the beginning of a three-day industrial action directed by SSANU’s parent leadership in Abuja following a National Executive Council meeting that took the decision last week for the protest to take effect this week.

The MAUTECH branch chairman of SSANU, Muhammed Haruna Ibrahim, who led yesterday’s protest match, said the Federal Government which in August last year said approval had been given for the release of N8 billion as payment of earned allowances for non-teaching staff in the universities, is yet to pay the allowances, hence the protest, especially after the NEC of the union resolved during the meeting of last week that branches organize the three-day national protest across the country between Monday December 17 and Wednesday, December 19, 2018.

The MAUTECH SSANU chairman read out the resolution of the NEC meeting of SSANU in which the association called for the reversing of the ‘technical dismissal’ of workers of university staff schools across the country, explaining that the status of workers of the staff schools had remained the same with the Federal Government despite a National Industrial Court ruling in 2016 that the workers are employees of the Federal Government as the staff schools are an integral part of the university system.

Asserting that over 2,000 members of staff of the schools “have been subjected to trauma, insecurity and Denial of salaries”, the association said it is a situation it could no longer condone.

Muhammed Ibrahim in his statement claimed that the protest will be followed by a sit at home protest on Tuesday and Wednesday, and called on the Federal Government to meet their demands.

The N8 billion in question is for the settlement of earned allowances not only for SSANU members but also members of two other non-teaching staff unions of universities, namely National Association of Academic Technologists (NAAT) and Non-Academic Staff of Union of Universities (NASU).