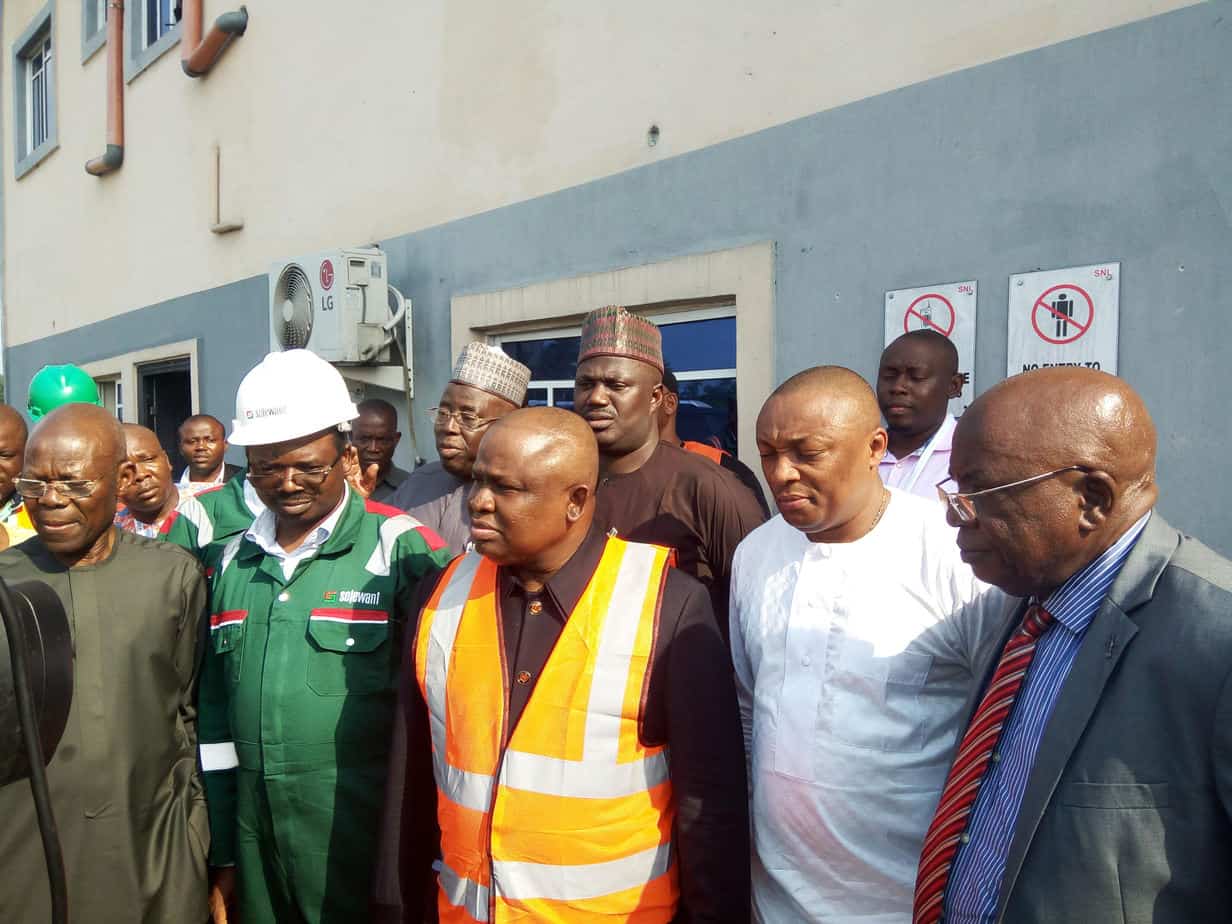 The National Assembly is to back two major Nigerian companies in the business of pipe making and coating in the oil and gas industry in Nigeria.

Disclosing this at the end of a day inspection visit to Solewant Nigeria Limited, a $48billion paint and cement pipe coating factory at Alode, Eleme in Rivers State, Senator Solomon Adeola (APC,Lagos West), the chairman of Senate Committee on Local Content in the company of Hon. Emmanuel Ekong, the Chairman of House of Representatives Committee on Local Content as well as 6 other Senators stated that not only are the companies employing hundreds of Nigerians but they are in compliance with international standards.

“From what we have seen in the factory and the briefing on their operations, Solewant Nigeria Ltd and another company in Abuja are the only two functional out of four similar companies in Nigeria meeting requirements for oil and gas contracts from International Oil Companies, NNPC,NNLG and other such organisations operating in Nigeria. There is no reason for them not to have first consideration in such contracts in compliance with Local Content Act 2010” Adeola stated.

The senator said that it is commendable that the Rivers State based company is 100% Nigerian owned stressing that with more patronage according to Local Content Law, the company would be able to increase it work force of 250 Nigerians further as well as reduce down time of the factory.

Earlier on, the Chief Executive Officer of the company, Mr. Solomon Ewanehi told the National Assembly Delegation that the company have a track record of successful execution of projects for NNPC, Total Nig Ltd, ExxonMobil among others adding that the challenge facing the company has to do with non patronage by some Exploration and Production Companies in the oil sector who still give out contracts to foreign firms for work they could do here in Nigeria.

This was corroborated by the Chairman of the company Professor Slyvanus Ebohon who said that in addition to their capacity for paint and cement coating of pipes, they are the only company with demonstrated ability for offshore coating in Nigeria.