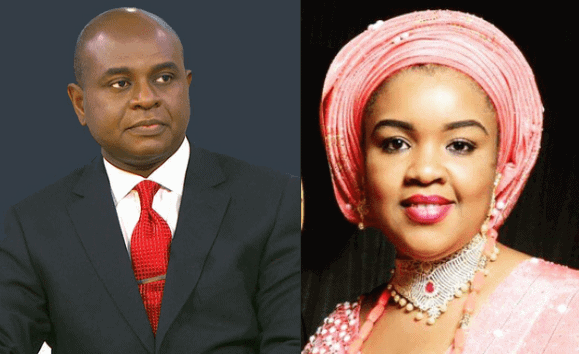 The Vice-Presidential candidate of the Young Progressive Party (YPP), Umma Getso, says her party will restructure Nigeria constitutionally if elected.

Naija News learnt that Getso said this on Friday during the NEDG/BON Vice-Presidential Debate, which was held at the Transcorp Hilton in Abuja, the nation’s capital.

“Professor Kingsley Moghalu has in his own plan to restructure Nigeria, but constitutionally. We are talking about the real restructuring whereby the centre will distribute powers to the six geo-political zones,” she said.

According to her, the issue of unemployment would be best addressed if the regional units were given the power to control the resources at their disposal.

Thank U, @UmmaGetso 4 representing @yppnational & our vision to rebuild #Nigeria. U were 10 years old when @Osinbajo began foray into politics. U held yr own admirably against them all. #Nigerians shall hear & see more about yr brilliance & fearlessness. proud of U #VPdebate https://t.co/DXocbEA7Hg

The Vice Presidential Candidate of the Young Progressive Party (YPP), Umma Getso while speaking further on unemployment considered as a major challenge in the country, Getso explained that other problems would have been addressed if the power situation improves.

“If at all, today in Nigeria, we are able to decentralize the grid and distribute it to all the six geopolitical zones, there will be enough power,” she said.

She added that having enough power “can solve 70 or 80 percent of Nigeria’s problems because power is what is holding us back today.”