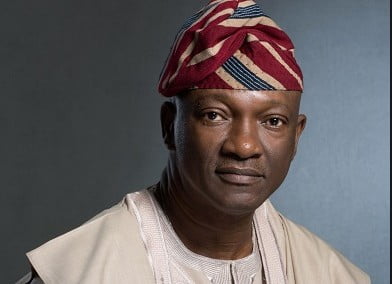 Mr. Jimi Agbaje, the governorship candidate of the People’s Democratic Party (PDP) in Lagos State has said that the residents of Lagos were prepared to dislorge the political status-quo in the state.

He added that Lagosians were ready to turn the state into a “peoples’ Lagos and to defying the old “order of doing things”.

According to a statement made available to the press by the Director, Media and Publicity of the Jimi Agbaje Campaign Organisation, Modupe Ogunbayo, Agbaje made this assertion when he received the British Deputy High Commissioner, Laure Beaufils.

The PDP candidate expressed his confidence of unseating the ruling party in Lagos in 2019 as his campaign message focused more on the Lagos masses.

Agbaje said, “If a survey is conducted today, you will discover that the outcome will reflect that the campaign message resonates soundly with the ordinary people who are the majority voters. They yearn for freedom from the old order of doing things in Lagos.

He told Beaufils that he was pushing out the message to the electorate in Lagos to protect their votes, a move he said became necessary following the refusal of President Muhammadu Buhari to assent to the 2018 Electoral Act Amendment Bill.

Laure Beaufils, while speaking appreciated Agbaje for his commitment to a peaceful campaign and his decision to focus on issues affecting the people of the state.