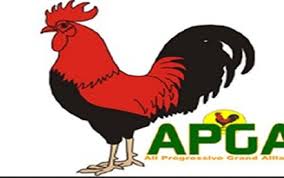 The All Progressives Grand Alliance in Anambra State, has been struck with mass defection as many of its members defected to the Peoples Democratic Party in Njikoka Local Government Area of the state on Thursday.

The defectors that moved to PDP were led by Chief Dan Okpoko, Naija News learnt.

Okpoko, while speaking stated that the people of the local government could no longer tolerate the insincerity of the leaders of APGA, especially the way the party’s primary elections were conducted.

He said, “I joined APGA in good faith seven years ago, but after some time, I started observing deceit among the leaders of the party.

“The most worrisome aspect is that we always work hard to win elections, but after the elections, all those who made it possible for the party to win are abandoned.

“That is why I have decided to go back to my original party, the PDP, with all my supporters who constitute the majority of voters because my aim of joining APGA had not been achieved.”

Okpoko said Nimo, Abba and Abagana communities that make up Njikoka II Constituency agreed some years back that the House of Assembly seat should be rotated among them every election year.

He, however, regretted that the incumbent lawmaker from the constituency and APGA had distorted the zoning arrangement by insisting on returning to the House of Assembly in 2019.

He added, “Everybody in our constituency knows that those we send to the House of Assembly stay for only one tenure to give room for another community to present a lawmaker.

“It is the turn of Abagana to produce the next member of the House of Assembly and I cannot support illegality just because the present lawmaker is from my ward.

“For this action by APGA, I will change Nimo to PDP so that this community will also get its due when it is our turn to produce member of the House of Assembly.

“Besides, there is nothing to show for all the support Nimo people have been giving to APGA over the years and this is therefore an opportunity to liberate our town.”