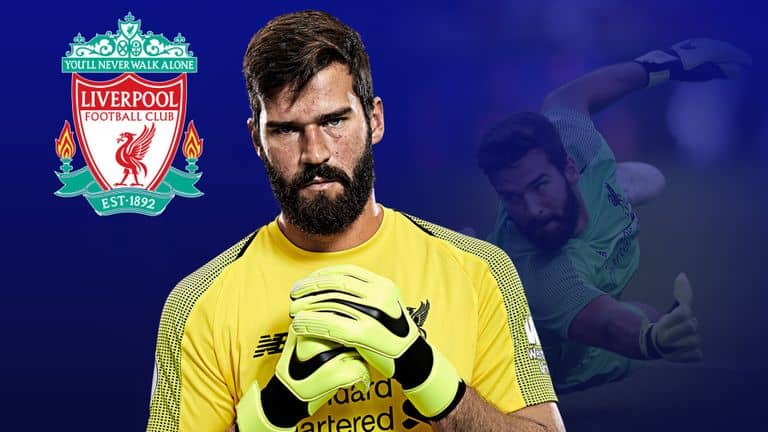 Liverpool head coach, Jurgen Klopp, has stated that he would have paid double to sign Alisson Becker to Anfield in the summer, following their 1-0 victory over Napoli on Tuesday night.

The Reds keeper cost Liverpool £64.6million when he arrived from Roma in July, which was a world record fee for less than two weeks.

Against Napoli, his extraordinary last-minute save from Arkadiusz Milik propelled Liverpool into the Champions League knockout phase.

It was also his 12th clean sheet of the season.

“If I knew Alisson was this good I would have paid double. Wow, what a game. I am not sure a manager could be prouder of a team than I am.

“The only good thing about the first game at Napoli (when they lost 1-0) was that we were our ugly brothers and it wasn’t us at all.

“We had an opportunity to show more than we did in Italy and the boys played an outstanding game,” Klopp told BT Sport.