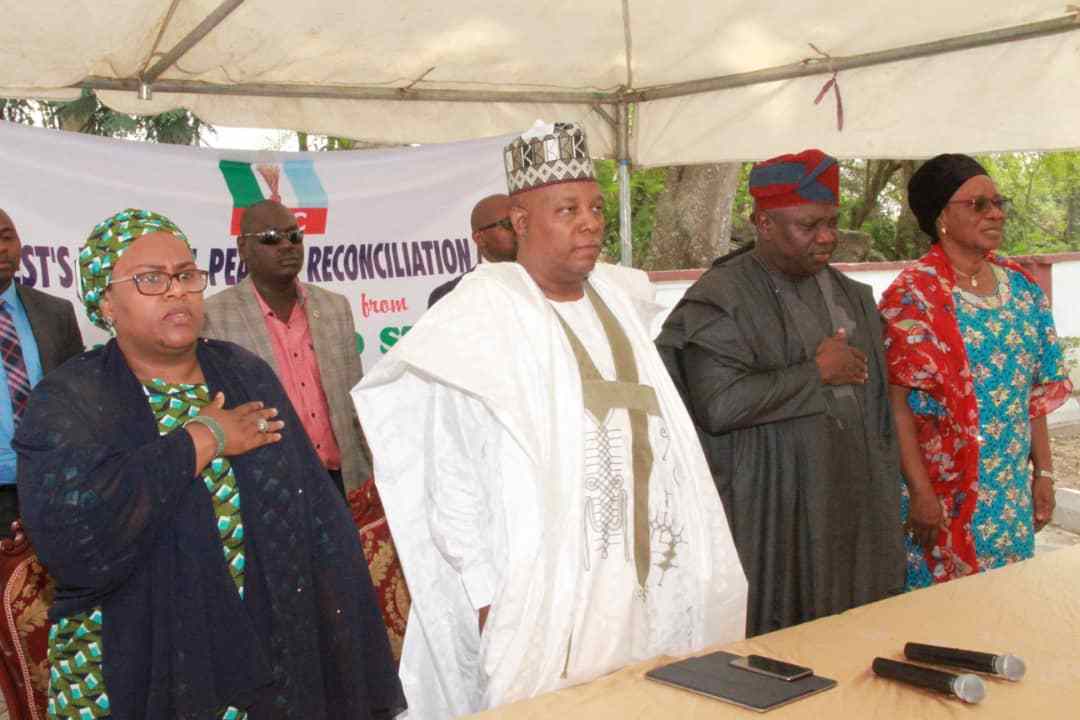 Governor Kashim Shettima of Borno state has described Lagos State Governor, Akinwunmi Ambode as his politician of the year.

This he declared , noting that the governor’s acceptance of the  turn out of Lagos governorship primary of the All Progressives Congress (APC) is worthy of emulation.

Shettima, APC south-west reconciliation committee chairman, said the party will bring on board all members to achieve victory in the 2019 general election.

He made the comment on Tuesday in Ibadan when he led the committee to meet with aggrieved members of the party from Oyo and Osun states.

Among those who presented their cases to the committee were senator Iyiola Omisore and Niyi Akintola (SAN).

Speaking at the meeting, Shettima said: “We are here essentially to build bridges of understanding, to reconcile with our aggrieved members and seek ways to make appropriate recommendation to the national working committee (NWC) of the party for us to make progress as a family and to make amends where necessary.

“Many people were spoiling for a fight. I believe that power is from God and believe me, the kind of respect that his actions have generated for him across the nation is much more than spending 18 years in power.”

Shettima said the task of the committee was also to reconcile aggrieved members of the party.

“There is no amount of wound that can manifest in your heart as being presented here that we can permanently heal,”

“But we have created a platform for us to be able to start to bond our family, the APC family together.

“We are one family. But some of the people seated here have one or two issues to complain about. But we are peacemakers.

“What is important is that we must bond together and also carry that crusade of making our party to win the 2019 elections together.

“The 2019 general election will not mark the end of our great party.”