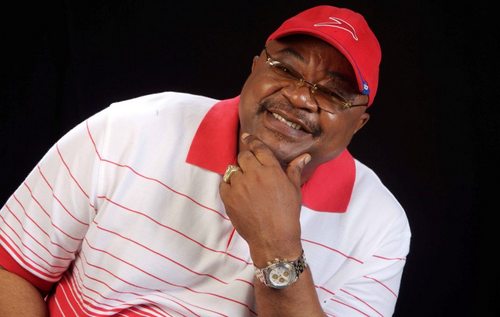 Adebayo Alao-Akala, Former Governor of Oyo State and Action Democratic Party (ADP) gubernatorial candidate in the 2019 general elections in the state, has stated that the state is in a complete mess.

He said 90 per cent of the projects executed by the ruling All Progressives Congress (APC) under the leadership of Governor Abiola Ajimobi are anti-people.

Alao-Akala, who told the gathering that holding a public office was not about age, but mental capacity, experience, maturity and popular accessibility among others, said that his heart aches because 90 per cent of the outgoing government in the state under the leadership of Ajimobi could be best described as anti-people which, leaves the people in pain and despondency.

The former governor said he was seeking another opportunity to govern the state with a rescue mission to reposition the state for betterment of the people.

He said “My heart aches because 90 per cent of the outgoing government’s policies, programmes and projects are best described as anti-people which leave our people in pain and despondency. Instead of criticising, I made myself available to guide the incumbent government on how best to run proactive and pro-people governance but the driver lacks the required goodwill.

“Today, the major sectors of our economy, which are education, health, agriculture and environment have been either neglected or bastardised. Oyo state is in a serous mess.

“Today’s historic occasion provides me another opportunity to officially answer the lingering question as to why Alao-Akala is contesting again for the seat of governor of Oyo state in upcoming 2019 elections. I am seeking another opportunity to govern the state from May 29, 2019 with a rescue mission to reposition the state for the betterment of our people and the investors.

“Service to humanity especially holding a public office is not a function of age but mental capacity, experience, maturity, good vision and mission, sensitiveness, responsiveness, credibility and popular accessibility of a person. I am offering myself again to serve the food people of Oyo state because I am healthy and mentally fit for the rigorous tasks of governance.

“We do not need a learner or experimental governor. Leadership is by example, and my running mate, Professor Abideen Olaitan Olaiya, have credible antecedents. My deputy is a born and devout Muslim, therefore he would not have to adopt an emergency Muslim name to falsely prove his religious learning and appeal to pity”.

Alao-Akala who decried the state of education in the last seven years in the state, said that he will upon assuming office, declare state of emergency in education and health sectors.

He said, “Immediately after the inauguration of our government, we shall hit the ground running by declaring state of emergencies in the education and health sectors of Oyo State. Our dying LAUTECH, EACOED, The Polytechnic Ibadan and other state-owned tertiary institutions will be rescued and their pride statutes in the comity of educational institutions will be restored. Also, we are determined to initiate and implement policies and programmes that would transform the state, improve the welfare of the residents and create am environment conducive to business growth and security as well as wealth and employment creations.”