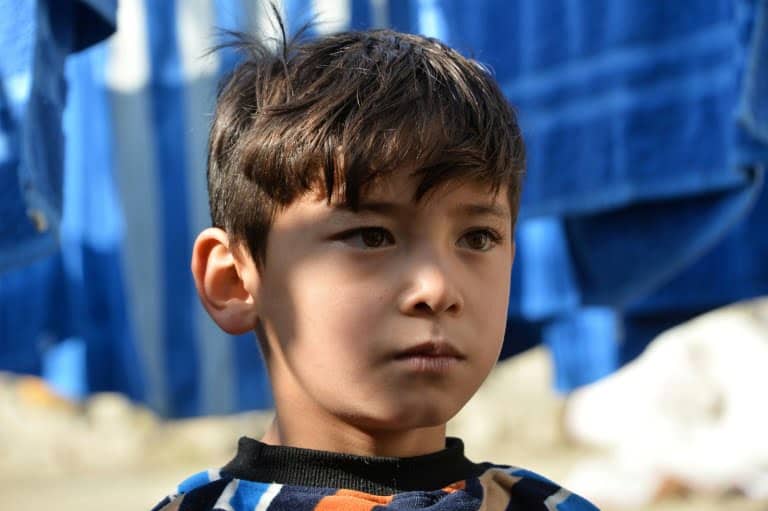 The story of Murtaza Ahmadi, the “little Afghan Messi”, had moved the world in 2016. But after the dream of his meeting with the football star, the boy is now experiencing the nightmare endured by the countless displaced in the conflict with the Taliban.

The image had flooded media and social networks. Murtaza, 6, wore a soccer jersey made of a blue and white striped plastic bag, in the colors of the Argentinian selection. On his back, the name of the star of FC Barcelona and his famous number 10, written in the felt.

His sudden fame had prompted Murtaza to meet his idol at the end of 2016 in Qatar, in a friendly match with Barça, and to walk on the grass with his hand.

The Argentinian, UNICEF’s goodwill ambassador, then offered him a complete set of equipment from FC Barcelona, ​​a signed shirt from the Albiceleste selection and a balloon.

But this moment of suspended happiness quickly dissipated. Her family was forced to flee her district of Jaghori in November in the face of a Taliban offensive in Ghazni province, south of the Afghan capital.

AFP met her in Kabul, where she took refuge, crammed into a rented room in a shared house.

Murtaza’s mother tells the leak in a hurry after hearing “shots”.

“We could not take any of our belongings, we only saved our lives,” recalls Shafiqa, his face half-hidden by a scarf.

The Ahmadi family belongs to the Hazara ethnic group, of Shiite confession. In Jaghori, the Taliban, Sunni, led a military operation against some Hazara militias, forcing 4,000 families to flee, according to the UN.

Days of fighting and “absolute terror”, according to testimonies collected by AFP, which caused the death of several hundred soldiers, insurgents, militia and civilians.

Fear was heightened for the Ahmadi family, who say the insurgents were looking for Murtaza. “I do not know why the Taliban want him since he became famous, they said if they captured him, they would cut him to pieces,” Shafiqa said, horrified.

Under the Taliban regime, from 1996 to 2001, sports were rarely tolerated, and the Kabul football stadium was a well-known location for stoning and executions.

During their flight, Shafiqa says that she hid her son’s face to prevent him from being recognized. The family said it first took refuge in a mosque in the city of Bamyan (center), and landed six days later in Kabul.Among the things left behind, there are the gifts of Leo Messi, which the father, who remained in Jaghori, keeps preciously.

Although Afghan security forces have repelled the Taliban offensive, the Ahmadi no longer feel safe there.

Because before fleeing the Taliban threat, always present, Shafiqa tells the “fear” of losing his son. “Gangsters thought Messi had given us a lot of money and threatened to kidnap Murtaza,” laments Shafiqa.

The family fled to neighboring Pakistan to apply for asylum “in any safe country”. She had reluctantly returned to Jaghori because there was “no money or work in Pakistan”. “And the threats have resumed,” shakes Shafiqa.

Arif, the father, had decided to face the threats. But Murtaza did not go to school for fear of being kidnapped. “At night, we sometimes saw strangers watching our house, and then phone calls,” Shafiqa breathed.

Murtaza is now one of more than 300,000 internally displaced people, 58 per cent of whom are under the age of 18, who have fled their homes since the start of the year because of the Taliban conflict, according to a recent UN countdown.

Homayoon, the eldest brother who made his plastic jersey, says he continues to hide Murtaza’s identity in Kabul. “We are afraid that something bad will happen if someone comes to know,” said the 17-year-old.

Murtaza wants to get his ball and his jerseys “to play with”. “Messi miss me too, when I see him again, I will tell him Salam and how you go He will answer me: it goes and be careful Then I will accompany him on the football field and watch him play”, he says with his child’s words.

“What I want is to be next to him, to help me get out of this place,” he sighs. “When I grow up I want to become Messi too.”