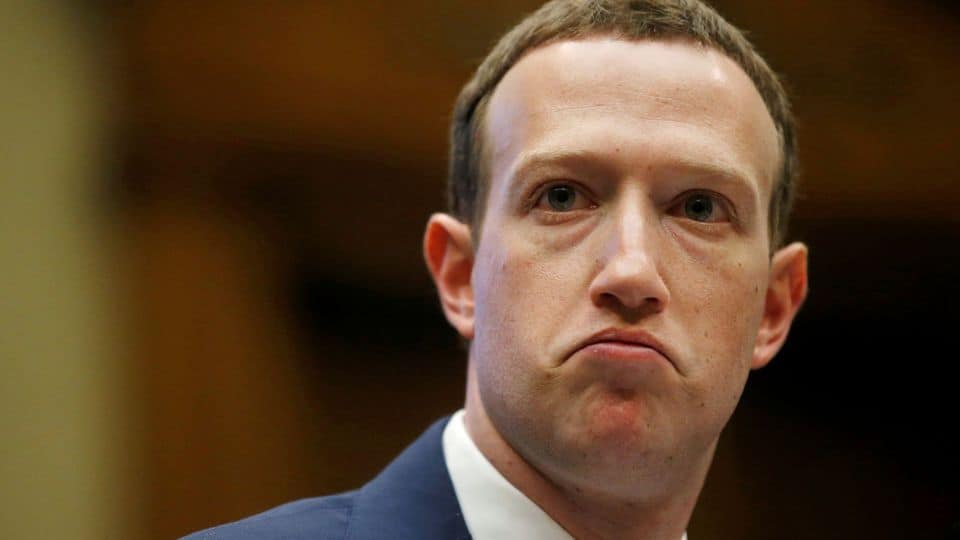 When a British official asks a question, he demands a frank answer, otherwise his legendary phlegm may give way to cold anger. Facebook has paid for it, much to the detractors’ delight, as 250 pages of “highly confidential” internal emails, including some from Mark Zuckerberg himself, have been posted online (read here).

The author of this misdeed? Damian Collins, chairman of the Commission on Digital, Culture and Media (DCMSC), who has been investigating for several months the responsibility of the giant of Silicon Valley in the dissemination of “fake news”. He and his colleagues had asked a Facebook official to explain the content of internal emails seized during the investigation. True to his reputation, the American giant has obviously been content with the bare minimum. Big mistake. “We do not think we’ve received straight answers,” says Damian Collins, “why we publish these documents.”

Dated for most of 2012 to 2015, they highlight Facebook’s aggressive strategy to crush competition and reap maximum profits, reports the New York Times.

In 2015, the company’s minds are trying to find a way to access the call logs and SMS history of users of the Facebook application on Android to improve several features such as ” People” suggestions. that you might know “. Problem: the operation does not seem to plan to ask their permission to the users concerned. “It’s a pretty risky thing to do from a public relations point of view, but it looks like the ‘growth department’ is going to get going,” writes Michael LeBeau in an e-mail on February 4th.

Yul Kwon, director of the “privacy program”, replies that “the growth department” has actually discovered that if Facebook updates its application by only requesting access to the call history, users would not see a window their asking for their permission. “According to our first tests, it would even seem that we can ‘update’ without triggering the opening of any window requesting new permissions,” she wrote. “It would always be a major change [ of the application], so the users would be obliged to update it, but without an authorization window “.

Also in 2015, Facebook changed the rules of its platform to limit the access of third-party applications to the data of their “friends”. Except that the American giant has a white list for some companies, such as Airbnb, Netflix, Badoo or Lyft, allowing them to gain unrestricted access. This gift was not disinterested: in exchange, these companies pledged to provide their valuable data to the American giant, details Damian Collins.

An undated memo indicates that companies competing with Facebook must have as little access to user data as possible. This list of “strategic competitors” (including Vine) has been reviewed and validated by Mark Zuckerberg himself and can not be changed by anyone other than himself or a senior executive of the company, says this note. Tuesday, December 4, the day before the publication of these documents, Facebook has anticipated the criticism and announced to relax these restrictions.

In one of his e-mails, Mark Zuckerberg recognizes that Facebook’s interests sometimes diverge from those of users in a global way. “We’re trying to get people to share everything they want on Facebook,” he says, “sometimes the best way to do that is to have a developer create an app for that guy.” “It may be good for the world, but not for us, unless people share their content on Facebook and that content increases the value of our network.”

Finally, in 2013, Facebook bought Onavo, an Israeli analysis company that develops mobile applications. One of them, Onavo Protect, a paid application for surfing anonymously on the Internet, allowed them to conduct user surveys, “apparently without their knowledge,” according to Damian Collins. “Facebook has used this data not only to determine how many people are downloading applications, but also to find out how often they are using them, information that has allowed them to decide which companies to buy and which ones to blacklist.”

After accusations of Russian interference on its platform during the 2016 US presidential election, the scandal of the exploitation by Cambridge Analytica firm of data of users without their knowledge for political ends, and that of the fault of security has led to the hacking of nearly 30 million accounts, Facebook is facing a new scandal, which may end the trust that its users have.