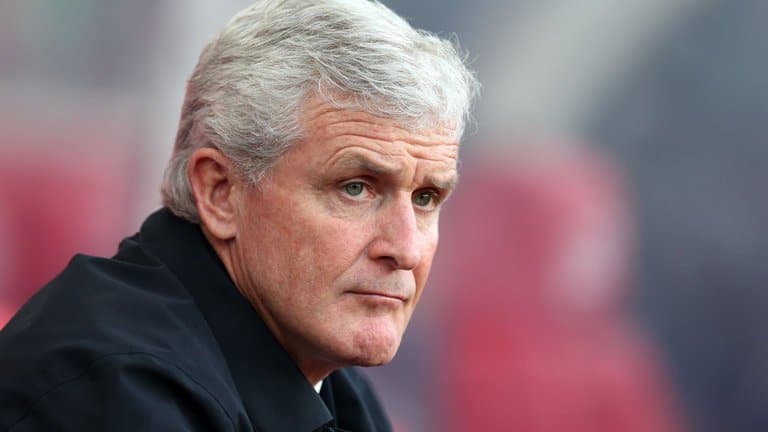 Premier League side, Southampton, has appointed Ralph Hasenhuttl as a replacement for the club’s former manager, Mark Hughes, who was sacked after Manchester United 2-2 draw.

The last game of Hughes in charge was on Saturday against Manchester United which ended in 2-2.

Hasenhuttl has signed a two and a half year deal at St Mary’s and will take over on Thursday, following Southampton’s clash with Tottenham on Wednesday evening.

Hasenhuttl led RB Leipzig to the Europa League quarter-finals last season, having finished runners-up in the Bundesliga in his first season in charge.

“The urgency to find a path back to our potential and to the results that we expect cannot be underestimated,” Metro UK quoted Southampton chairman, Ralph Krueger, as saying.

“For that reason, we are extremely pleased that Ralph Hasenhuttl has agreed to become our new manager and do all he can to help guide us back on that path.

“This manager change offers us a fresh start and, very quickly, Ralph emerged as our ideal candidate.

“As a coach, he embodies the passion, structure, communication skill set, work ethic and appetite for growth that we strive for in our Southampton Way.

“The quick, smooth and seamless negotiation process underlines the character of the person that he is.”

Krueger added, “We have been aware of Ralph since his days at FC Ingolstadt, where he showed the qualities that we believe we need at the club. ‘He has since gone on to develop those attributes with a track-record of success in the Bundesliga and with a progressive and ambitious club in RB Leipzig.

“As soon as we met, Ralph’s enthusiasm for football was contagious and his hunger to take on a new and challenging job in the Premier League was evident. In our discussions, he very quickly aligned himself with the values and the vision of the club.

“Southampton Football Club’s past success was built on a clear identity.

“The foundation of this identity was a focus on developing players, whether from within our academy or after joining from other clubs.

“Ralph’s ability to teach the game and to develop talent is evident in his past and is a centrepiece of why he is the perfect choice to be the new Saints manager.”