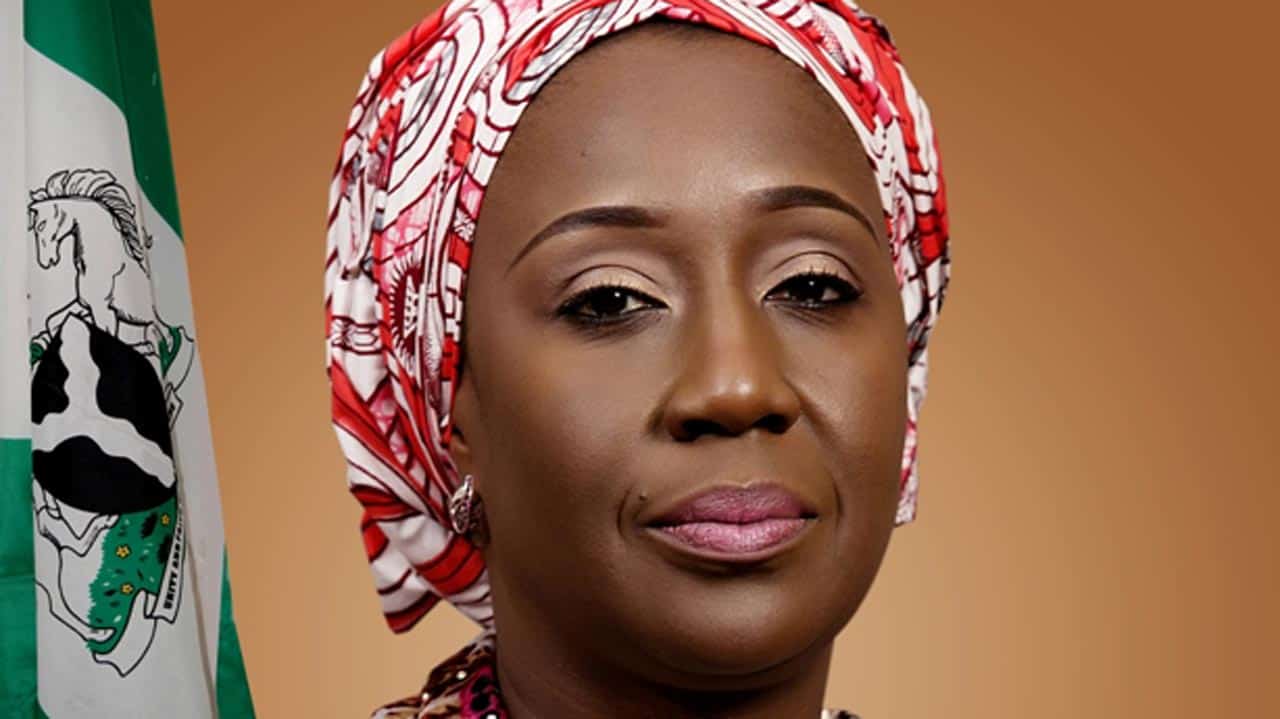 The Minister of Women Affairs and Social Development, Hajiya Aisha Abubakar has urged Nigerian women and girls to break their silence and speak out against any form of gender-based violence against them.

Naija News understands that Abubakar made the call in Abuja during the media conference and lighting the City Gate to observe the 16 days of activism against gender-based violence campaign.

Male allies are vital in the global movement to #EndFGC. @Eseme01 is our featured activist for Day 9 of the #16days to end gender-based violence #EndFGM @ynafgm #EndCuttingGirls pic.twitter.com/TYF2Uuf4H4

She said “There is need to support the voices of women and girls whose voices are still not being heard. “You are aware in Nigeria, gender inequality is wide spread due to politicking, imbalance of social economic opportunities, cultural and regional factors and inadequate enabling bigger and policy frame work among many others.

“The violence and threats that women and girls face is a consistent trend in our society ranging from domestic violence, traditional harmful practices, fear of standing for electoral offices, sexual harassment of girls and young women among others.”

The UN Women Representative to Nigeria and ECOWAS, Ms Comfort Lamptey said for too long, women and girls had been subjected to various forms of violence.

She said victims had remained silent due to impunity, stigma and shame, among other inhibiting factors, saying their stories needed to be brought to light. Lamptey said speaking out was an important first step to mobilising collective action to prevent and address this problem at its roots.

“We must stand in solidarity with survivor advocates and women’s human rights defenders who are working to prevent and end violence against women and girls. ‘We must build synergies between state and non-state actors, between governments, civil society, UN partners, the private sector, institutions of learning, the arts and creative Industry and media networks,” she said.

5 days of #16DaysOfActivism remaining, are we incorporating the importance of protecting women and children from sexual and gender based violence into our conversations and initiatives? We can't be a society which only steps in after the violation has occurred- that's too late. pic.twitter.com/3iDHpKpaXl

She said the event would count Nigeria among countries around the world that had lit prominent and iconic national building in orange, in solidarity and as a symbol of commitment to ending gender-based violence.

She said that the orange colour symbolised a bright future and a world devoid of violence against women and girls.

“The orange campaign will continue tomorrow, as UN personnel in Abuja, under the leadership of our dynamic resident coordinator, will move to light up UN House in orange.

“This is why the UNiTE Campaign’s global advocacy theme year is: Orange the world: Hear Me Too. It will build on the efforts and successes achieved by brave grassroots activists and survivor advocates.

She said the UN Women remained committed to supporting the government of Nigeria in its efforts to promote gender equality and women empowerment.She added that it was the sure way to accelerate achievement of the 2030 Sustainable Development Goals (SDGs).

She however called on stakeholders to join the global campaign of the 16 days of activism by amplifying the voices of survivors of gender-based violence.