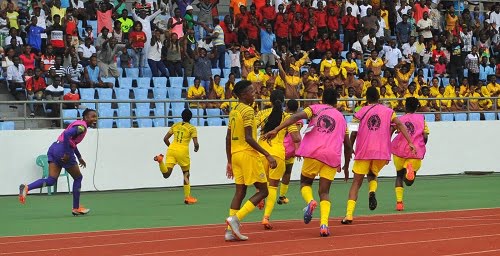 The female national team of South Africa, will face the defending champions, Nigeria in the final of the 2018 African Women’s Cup of Nations, AWCON.

South Africa recorded a 2-0 victory over Mali in their semi-final match at Cape Coast Stadium on Tuesday, while Nigeria defeated Cameroon 4-2 on penalties after the match ended 0-0 in regulation time.

This will be the second time both teams will meet at AWCON 2018 after the Banyana Banyana defeated the Super Falcons 1-0 in their group stage.

Both teams will play in the final on Saturday at the Accra Sports Stadium.

Thembi Kgatlana opened scoring for South Africa against Mali in the 31st minute with her fifth goal of the competition.

And after an intense battle between both sides, Lebohang Ramalepe netted the second goal for her side nine minutes from time.

The winner of the third-place playoff between Cameroon and Mali will clinch the third qualifying spot on the continent.

South Africa and Nigeria are the two teams from the continent who have qualified for the 2019 FIFA Women’s World Cup in France.