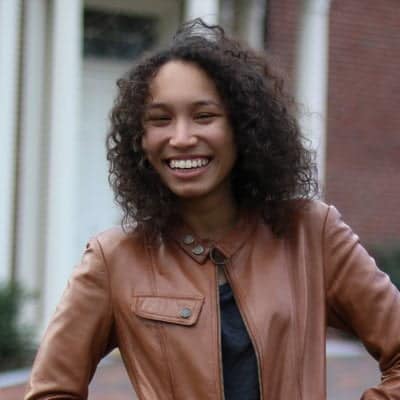 Harvard University’s Crimson newspaper would have its first black woman president in its 145-year history, on January, 2019.

Kristine Guillaume, who is studying literature, history and African-American studies, was elected this month with a promise to steer the traditional bastion of the establishment towards a more diverse, digital-first future.

She has previously served as a chair of a diversity and inclusivity committee, responsible for making The Harvard Crimson more diverse and welcoming to students from all backgrounds.

“If my being elected to the Crimson presidency as the first black woman affirms anyone’s sense of belonging at Harvard, then that will continue to affirm the work that I’m doing,” she told The New York Times.

The 20-year-old is the third black president and first black woman to helm the organization since it was founded in 1873.

The Crimson has traditionally been a fast-track to illustrious careers. Past writers and editors at the daily include John F. Kennedy and Franklin D. Roosevelt, two of America’s most celebrated presidents.

The times report that Guillaume plans to pursue a doctorate in African-American studies and a career in academia, with some writing on the side. She considers the author Ta-Nehisi Coates a role model.

Guillaume, the daughter of two doctors,her Chinese mother and Haitian father, Will be joined by Angela Fu as incoming managing editor. Harvard was taken to court this fall over criticism that it discriminates against Asian students.

In 2018, people of colour make up just over 22 per cent of the workforce in US newsrooms, according to the American Society of Newspaper Editors.