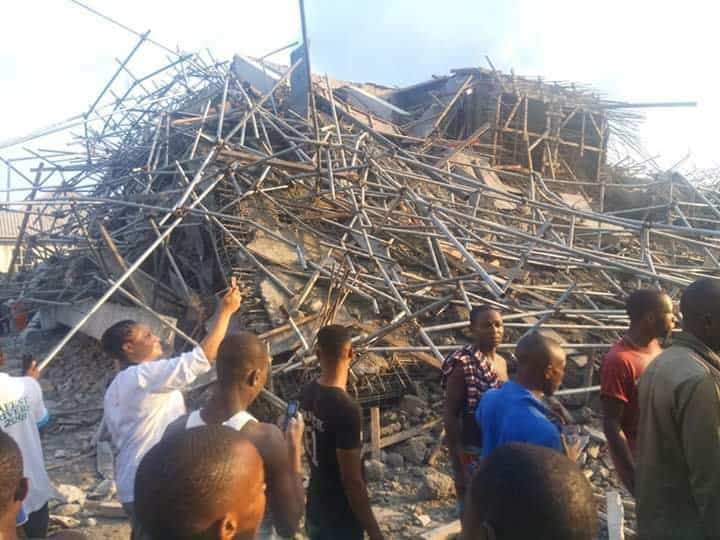 A seven-storey building under construction has collapsed in Woji Road in in the Government Reserved Area of Port Harcourt, Rivers State, trapping several persons.

Details are still sketchy, but report says masons and other workers were on site when the building collapsed, earlier today

Some workers who found their way out of the rubbles have been rushed to the hospital.

An eyewitness account indicated that the building “just collapsed on the busy workers”.

Mr Nnamdi Omoni, Public Relations Officer of the Police Command in Rivers, who confirmed the incident, described it as “unfortunate”.

“As we speak, I cannot state the number of casualties; rescue operation is already ongoing.

“We are doing our best to save as many lives as possible,” he said.

When contacted, Mr Martins Ejike, South-South Zonal Coordinator of the National Emergency Management Agency, said that the agency’s officers were participating in the rescue operations.

“The only thing I can tell you now is that NEMA personnel are part of the rescue team,” he said.