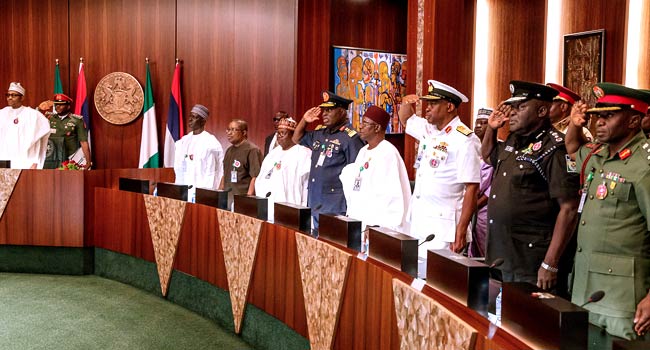 The weekly Federal Executive Council meeting could therefore not hold due to the President’s meeting with the course participants from NIPPS.

Naija News understands that the meeting was held behind closed doors at the presidential villa in Abuja.

The Acting Director-General of NIPSS, Jonathan Juma, who led other members to the meeting submitted the report on an internal security framework as concerns community policing to the President.

President Buhari after receiving the report ordered security agencies to implement its recommendations.

The Vice President, Professor Yemi Osinbajo and other members of the Federal Executive Council were also in attendance during the meeting with the NIPSS Executives.

No official reason was however given for the cancellation of the FEC meeting.