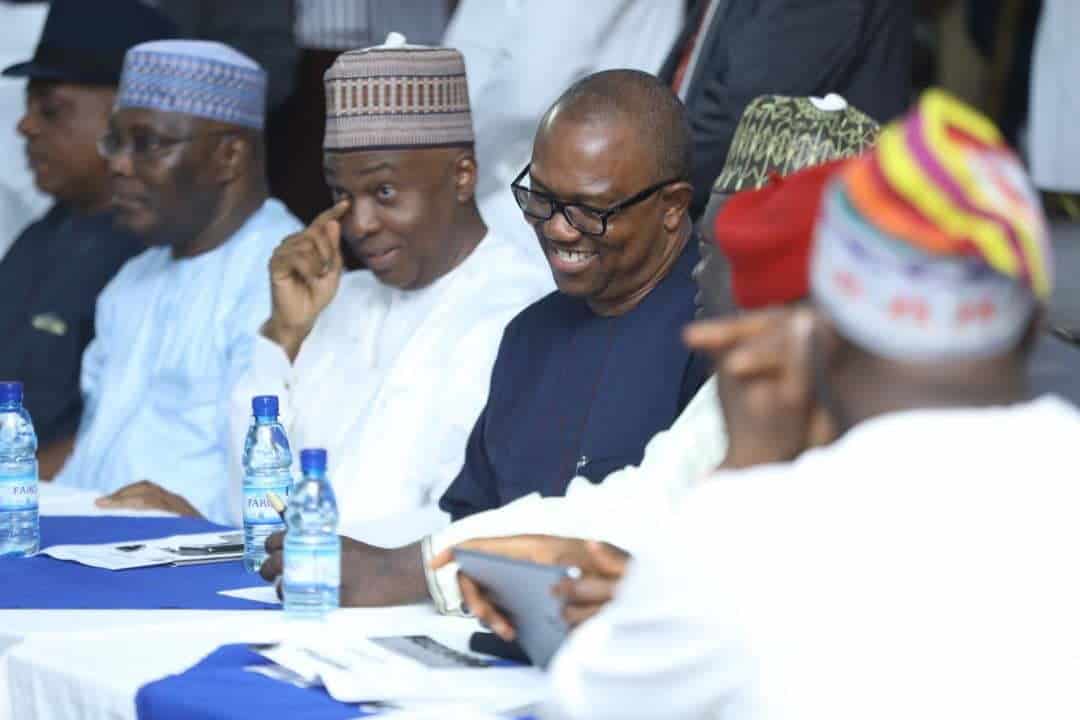 Naija News understands the meeting took place at the party’s Presidential Campaign office (Legacy House) and was attended by notable members of the council.

Report revealed that the meeting is the first held by the Presidential candidate of PDP with the members of the campaign council since he emerged at the party’s primary.

The meeting, which started around 9.15pm, ended around 12.28am on Thursday.

Sources at the meeting said Atiku formally informed the members of his desire to run a broad-based campaign devoid of acrimony and that he would want the campaign to be issue-based.

It was also gathered that issues of logistics, funding and how to fill other positions in the campaign council were discussed.

Further report revealed that a former minister, whose name wasn’t disclosed, from Kwara State was tipped as spokesperson for the campaign council.

However, the majority of the attendees were said to have accepted the suggestions, but regretted that the person might not be allowed to do the job to avoid the party being accused of nepotism.

The source said, “We have all accused President Muhammadu Buhari of nepotism. That’s why we said the person being suggested as spokesman should not do it. Though he is a good candidate and has the ability to do the job, but his state of origin worked against him.

“This is because Saraki who is the DG of the campaign council is from Kwara State while the National Publicity Secretary of the party is from Kogi State. The two states used to be one and both are from the North-Central . That’s why we are beaming our searchlight on another person.”

In the preparation for the campaign, the party has started the renovation of the Legacy Building, an action that had made some officers to relocate from their official offices.

It was gathered that the majority of the officers of the campaign council like Atiku, Saraki and the coordinators would have different offices within the building.

Secondus and members of the National Working Committee of the party were also mandated to call a meeting of the party’s National Executive next week where the budget for the presidential primary would be approved.

The NEC meeting is also expected to ratify the appointment of members of the campaign council.