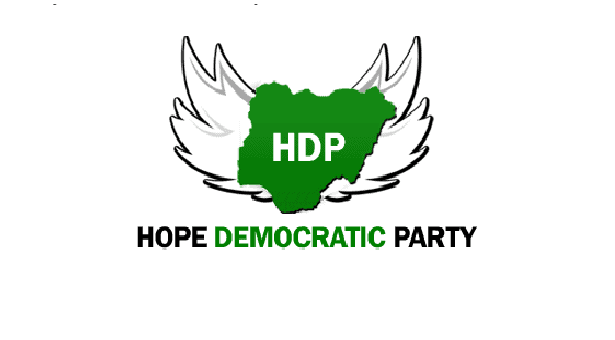 The Hope Democratic Party (HDP) has gone to the court to challenge the short period given to parties by the Independent National Electoral Commission (INEC) to campaign in preparation for the 2019 general election.

NAN reports that the party approached a Federal High Court sitting in Abuja, on Nov. 13 (Tuesday) to compel INEC to elongate time for campaign to enable the party propagate its message of “welfarism” to Nigerians.

The Presidential candidate of Hope Party Ambrose Owuru, said that the party is asking the court to punish INEC for allowing the All Progressive Congress (APC) to indirectly lobby voters with N10,000 through the “tradermoni” programme supervised by the Vice President Prof. Yemi Osinbajo.

The party asked the court to discontinue the programme, insisting that it was out to grant the ruling party and undue advantage at the polls in 2019.

“We want the court to declare the federal government’s tradermoni scheme illegal and breech of electoral act because it is a gimmick to financially induce voters ahead of the 2019 general election.

The party asked the court to mandate INEC to check the act of Osinbajo (Chairman National Economic Council) in openly giving out physical cash of N10,000 to market women.

“The court should determine whether the disguise of tradermoni during this period of election is not a plan by the APC and Osinbajo to up-stage and disrupt Hope Party’s welfarism and wealth redistribution of N2 million grants to Nigerian families to end poverty.” he said.

The News Agency of Nigeria (NAN) reports that National Broadcasting Commission (NBC) and Newspapers Proprietors Association are also defendants in the suit.

Owuru accused the NBC and Newspapers Proprietors Association of neglecting the activities of his party and its candidates.