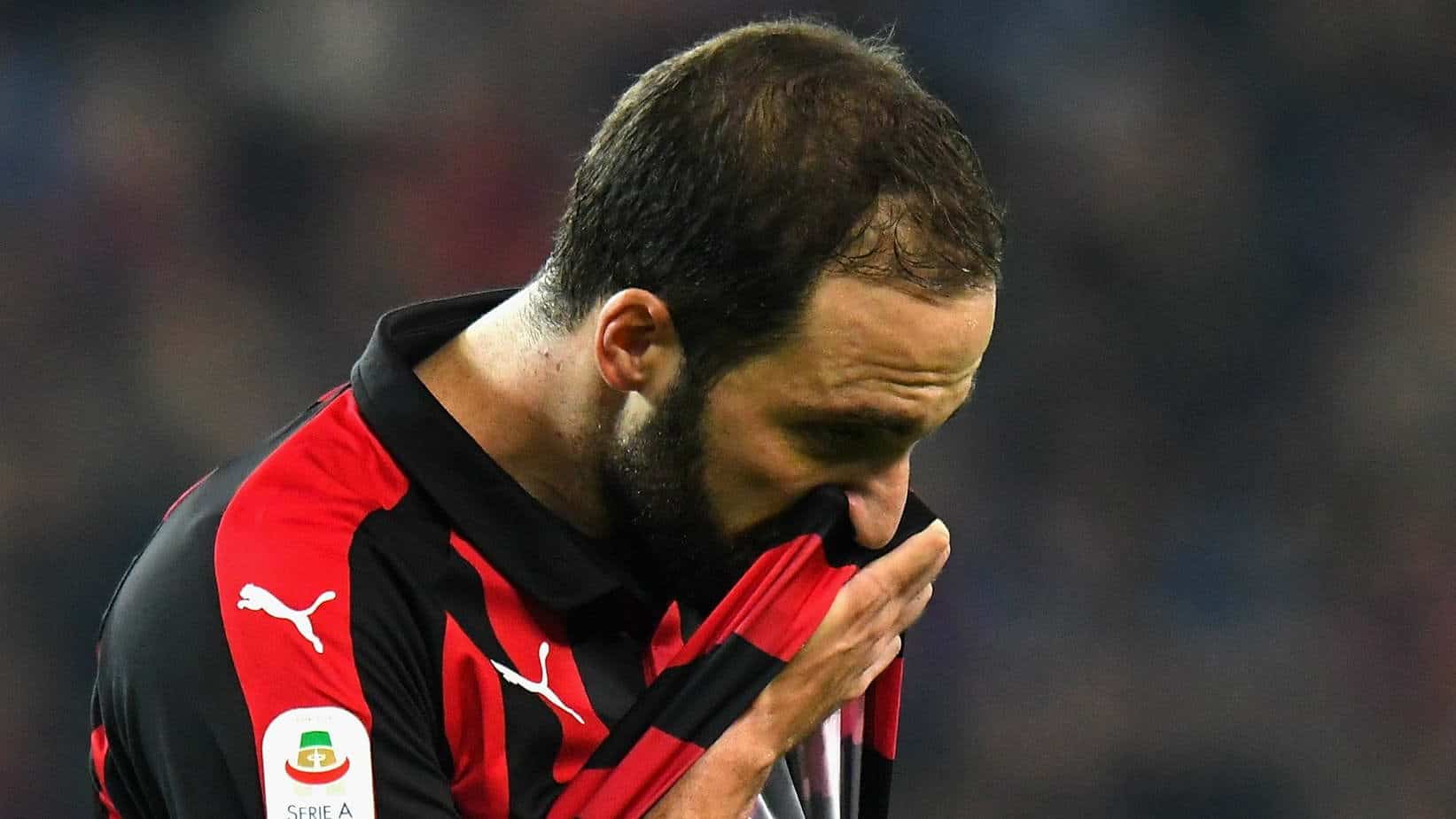 AC Milan Forward, Gonzalo Higuain, Has apologized after he was sent out during his side’s defeat by Juventus in the Serie A encounter played on Sunday.

The AC Milan side were defeated with goals from Cristiano Ronaldo and Mario Mandzukic at the San Siro Stadium. Higuain, who is on loan from Juventus, missed a penalty before being sent off.

“First of all, I want to apologise to the team, the coach, the supporters and the referee for my reaction,” Reuters quoted Higuain as saying at post-match.

“I take responsibility for what happened. Obviously, I hope that it doesn’t happen again. It was one of those moments — we were losing, I missed a penalty and we aren’t robots but people. But I don’t want to try and justify my actions.”