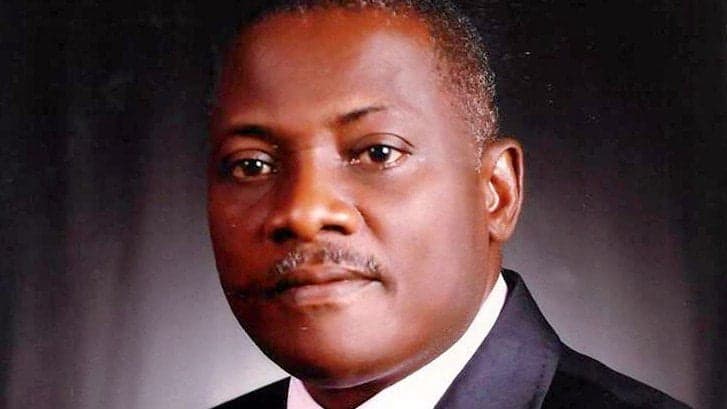 Series of applications filed by Innocent Chukwuma, the CEO of Innoson Motors Nigeria, seeking to stop his arrest, has been dismissed by the Federal High Court sitting in Lagos State.

The applications which was put before the court have been putting to hold the hearing of the motion for the arrest of the CEO of Innoson Motors Nigeria, which was filed since October 16, 2017.

Justice Ayotunde Faji, who dismissed the applications, on Friday, at the Federal High Court, fixed December 7, for hearing of the motion seeking the issuance of bench warrant against Chukwuma and four others for their refusal to appear before the court for arraignment over alleged forgery.

Others included in the forgery charge which the prosecution is seeking for their arrest include Charles Chukwu and Annajekwu Sunny. NAN had reported that all the accused have failed to appear before the court to face trial.

Justice Faji dismissed Innoson boss’s applications to stay proceedings on Friday following a decision of the Court of Appeal, Lagos, which had refused grant an appeal seeking to stay further proceedings in the criminal charge pending before the lower court.

The trial judge, Justice Faji, had on January 11, 2018, ordered a stay of proceedings, in the criminal charge filed by the Inspector-General of Police against the defendants pending the outcome of the appeal filed by Innoson boss and others.

Following the refusal of the Court of Appeal to concede to the defendants’ request, the prosecutor, Mr. Julius Ajakaiye, a director in the Federal Ministry of Justice, asked the court for a date for hearing of the motion.

However, following the agreement of the parties, the matter was adjourned till December 7, for hearing of the motion seeking the defendants’ arrest.

AGF had filed a criminal charge against Mr. Chukwuma and four other persons over alleged forgery.

The accused persons are to face a four count-charge bordering on forgery, documents falsification, documents alteration, which was alleged to have been used in obtaining a loan of N2.4 billion from Guaranty Trust bank.

The offences alleged to have been committed by the accused persons are contrary to and punishable under sections 3(6),1(2)(C) of the miscellaneous offences Act Cap. M 17 Laws of the Federation, 2004

In a four-count amended criminal charge marked FHC/L/565/C/2015, AGF alleged that against the accused persons alleged to had between January, 2010 and April, 2011, at Apapa Wharf criminally conspired amongst themselves to wit, falsification of Shipping Documents which they deposited with Mitsui Osk Lines Lagos which was used as collateral for the purpose of clearance of raw materials polyvinylchloride (PVC ) for the production of roof ceiling and other imported items.

The defendants have been in discontinuance and disrespect this court. Instead of answering the charge against them, they have been filing several frivolous applications before the Court.

In a four-count amended criminal charge marked FHC /L/565/C/2015 filed before the court by Mr. Mohammed Saidu Diri a Director from the Office of Public Prosecutions, Federal Ministry of Justice,

It was alleged that the accused persons same time and place did without lawful authority and with intent to defraud, utter the shipping clearance documents to the shipping Line Mitsui Osk Lines which was used as collateral for the purpose of obtaining a loan of N2.4 billion from Guaranty Trust Bank (GTB), for the purpose of clearing raw material Polyvinylchloride for the production of roof ceiling and other imported items