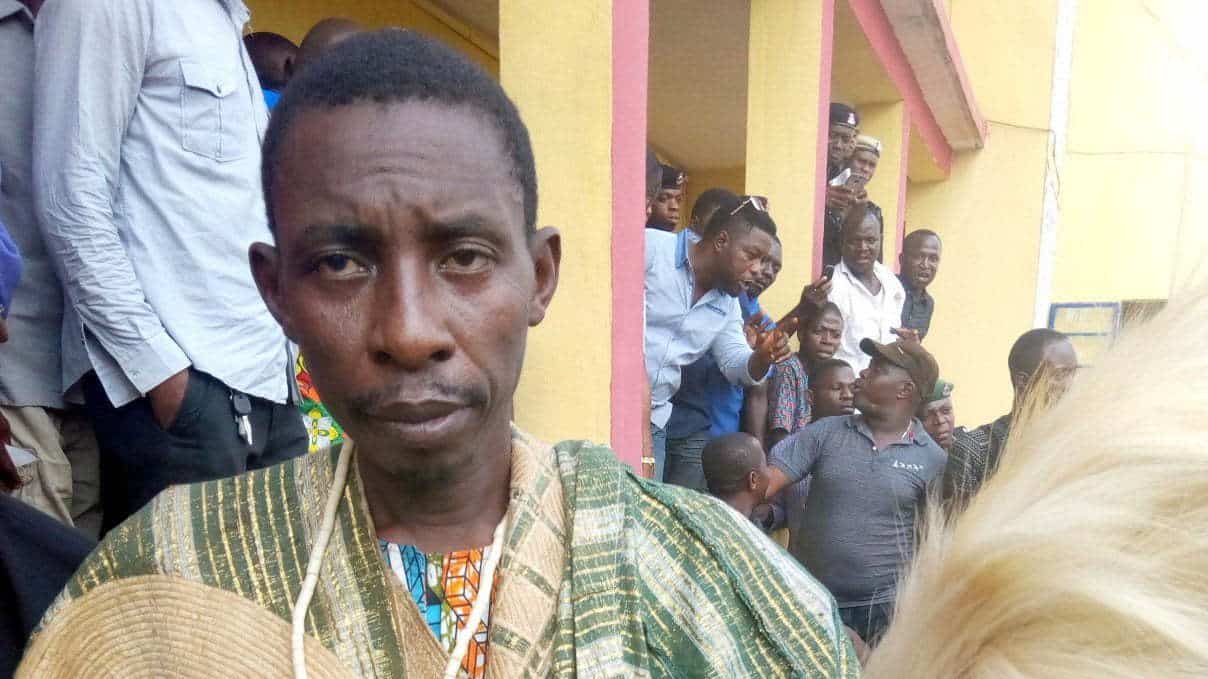 Naija News understands that the Commissioner of Police, Ahmed Iliyasu, who paraded the suspect, alongside seven others said they confessed to a series of robbery operations, “one of which was the dispossession of serving police officer of his Toyota Corolla car at gunpoint”.

The commissioner said the suspects confessed that the snatched car belonging to the police officer has been taken to one of their gang members at Iseyin in Oyo State. He said the suspect was arrested with customised number plate bearing “JAGUNMOLU’.

Why is it that, the kidnappers are shielded in Nigeria constitution? That's why we are witnessing rampart engagement of the issue, if really, the kidnappers are killed openly after the trial, there is right to protection of citizenry. Does the law, allow the killings & kidnapping

He said the gang decided to shift their operations to Ogun State, but “before they fully settled down for their nefarious activities, the intelligence arm of the command got wind of their movement and they met their waterloo.

“The gang started their operation with snatching of a motorcycle which they did to test the veracity of security architecture of the state. When the report came to my notice, I directed the officer in charge FSARS, SP Uba Adams to go after the culprits with the view of bringing them to book.”

He said the snatched motorcycle had been sold to ‘somebody’ by the suspects at Ilara in Imeko Afon local government area.

The commissioner said two of the suspects, Danladi Isah and Ismaila Adeosun, were involved in an armed robbery operation in 2013, arrested by the Federal Anti-Robbery Squad, arraigned in court and jailed for five years, “but came out of prison in March 2018.”

“The pump action gun they used then for their operation was found in Tobi Adeosun’s custody as their armourer. On further interrogation, the duo of Danladi Isah and Olalekan Olawale informed the operatives that all the cars they robbed here in Nigeria were sold to one “Papa’’ in Republic of Benin’.

“On further investigation, it was discovered that one of their sponsors and receiver resides in Abuja following which our men moved to Abuja, tracked and arrested the said sponsor by name Endurance Odiawa who has narrated his role in conveying and disposal of snatched exotic cars from the southern part of the country to Abuja.”

He disclosed that exhibits recovered from the gang include: nine exotic cars, two AK47 rifles with 50 rounds of ammunition, four locally made pistols with 25 live cartridges and one pump action gun with 12 live cartridges.