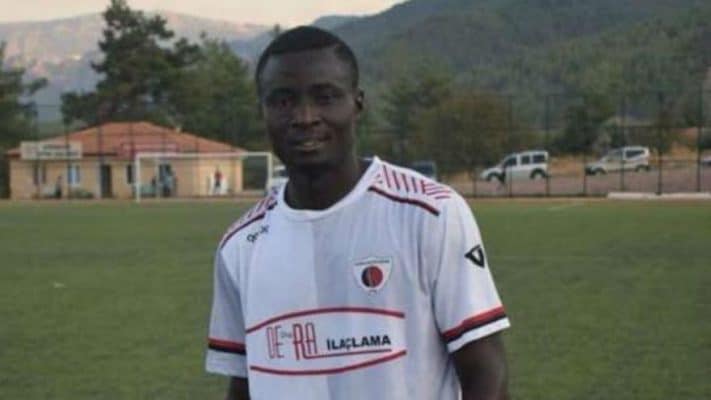 Nigerian player, Ekundayo Ebenezer Mawoyeke, has been reported dead, report revealed that the player died of heart attack during a match between his side, Saraykoyspor and Yeşilköyspor in Turkey on Sunday.

Euronews revealed that the 23 year old striker, slumped in the 35th minute of play at the Servergazi Stadium. Further report into the incident made it known that he died while en route to the hospital in an ambulance.

The match had to be postponed because of the unfortunate incident.