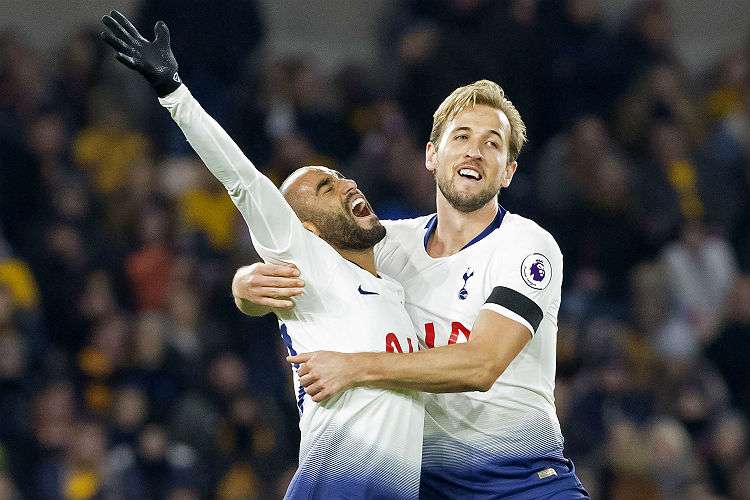 Tottenham took fourth place in the Premier League on Saturday as they beat Wolverhampton 3-2 in the 11th round of the English Premier League. The London team have 24 points, one more than Arsenal and three under Liverpool.

Lamela, Lucas Moura and Kane gave Tottenham a big advantage but Ruben Neves and Raul Jimenez scored for the home team and made the final minutes more disputed.

Wolverhampton, who have 15 points and are 11th on the leaderboard, had a few chances to equalize but failed in the finals.

Manchester City and Chelsea can overcome Liverpool on Sunday and take the lead in the English Premier League. City will host Southampton, while Chelsea will play in London at Crystal Palace.

Liverpool have 27 points, while Manchester City have 26 points. Chelsea have 24 points, just like Tottenham.