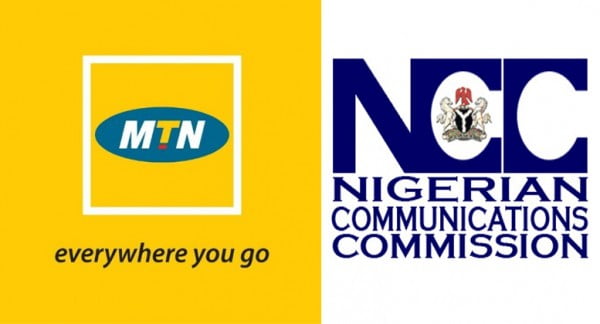 This they both made known yesterday on the sidelines of a conference organised by the Lagos Chamber of Commerce and Industry (LCCI) during the 2018 Lagos International Trade Fair.

Naija News recalls that in August, the Central Bank of Nigeria (CBN) sent a letter to the telecommunications company, ordering it to refund an alleged $8.1 billion in shareholders’ dividends illegally repatriated to South Africa between 2007 and 2015.

Four banks were also ordered to pay a total sum of N5.87 billion for their alleged roles in the “illegal dividend repatriation”.

A N330 billion fine levied on MTN by Nigerian Communication Commission (NCC) in October 2015 had adversely affected the telco’s share price at the time, sending red flags to investors.

On his part, Bray said although US business owners had continued to invest in Nigeria with last year’s investment hitting $13.5 billion, the MTN-CBN issue had discouraged other investors.

“Apparently things are being resolved, but once you make an announcement like that , there are probably guys sitting back there and waiting to get on the plane and fly back to the JFK and say, I am not investing again,” he said.

“So, we just want to get more investors here and part of that is improving the regulatory environment, improving infrastructure and dampening their fears about insecurity.”

Expressing similar concerns, Beaufils said: “Of course, investors are interested in regulations, policies and strategies, but ultimately, they look at signals like that and I think that was damaging. I think most people in Nigeria recognise that that was very damaging.

“There is a lot that is being done to address that and we are aware of that but sadly, investors also go beyond the headlines of such stories and my key point today is that we have to avoid such rash decisions at all cost in the interest of further investments that are absolutely essential to the economic development of the country, to job creation and to the vision that we all have of an incredibly rich and vibrant Nigeria.”

The UK envoy said although there are plans to increase investment in Nigeria, the British government will be watching closely to see positive developments, particularly within the regulatory sphere.