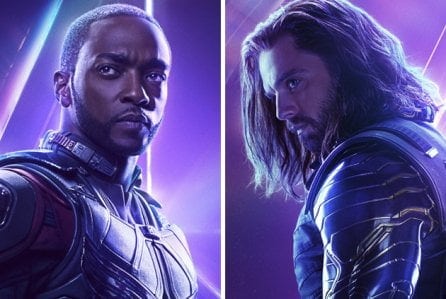 Dealine, has revealed that the Disney is working with producer Malcolm Spellman to write a limited series that would feature two Marvel’s costumed characters: Winter Soldier and The Falcon.

According to the media house, the series could be lunched towards end of 2019 exclusively on the Disney service.

The pair of Falcon and Winter Soldier, played by Anthony Mackie and Sebastian Stan, appeared together in the mega-hit Avengers: Infinity War.

A brief of both characters, as shared by Deadline:

The Winter Soldier was a partner to Captain America in his previously established identity as Bucky Barnes, childhood pal of Steve Rogers (a.k.a. Captain America) and his WWII battlefield compatriot. In the comics, Bucky was introduced in 1941 as a cheery teen sidekick (not unlike Robin the Boy Wonder) and was killed off in the 1960s when he seemed too old-fashioned for the Marvel Comics of that era. He was given the Winter Solider backstory in a classic 2005 story arc that inspired the Marvel film Captain America: The Winter Soldier.

The Sam Wilson, a.k.a. the Falcon, debuted in the comics in 1969 and was introduced as Captain America’s partner and shared the title of his comic book. The Harlem native made history with his debut — he was the first African-American superhero. (The Black Panther had arrived three years earlier in the Fantastic Four series but he was born on Wakanda’s foreign soil). In the Marvel films, the two characters are both military veterans and each is a close friend to Captain America (Chris Evans) but friction and mistrust has marked many of their interactions.

The characters do have one connection. The Falcon in his civilian hours works closely with American combat veterans who are struggling to readapt to civilian life after injuries and battlefield trauma. The Winter Solider, meanwhile, is haunted by his war injuries — his powerful mechanized arm replaces the one he lost in WWII in Europe. (He was retrieved from the battlefield by enemy operatives who brainwashed him and rewired his mind to serve as the Russian assassin codenamed Winter Soldier.)