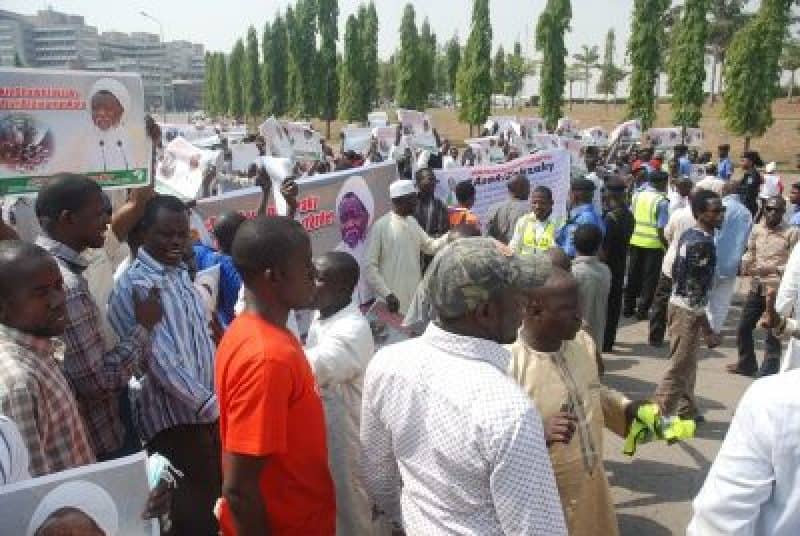 Residents of Mararaba/Nyanya and environs have cried out to the Federal government to intervene as they were left stranded following the protest by members of Shi’ite Movement.

The development resulted in gridlock that left many residents, who closed from work with no option than trekking as far as AYA to Maraba/ Nyanya and other neighbouring settlements.

Men, women and even physically challenged persons were seen walking past motorists, while many others were stranded mainly at AYA for lack of vehicles.

The few commercial vehicles available, charged high fares while many vehicles were parked by the roadside following overheating and other faults resulting from the gridlock.

Some of the persons who spoke with NAN decried the hardship suffered by residents whenever there were security concerns in the area.

The persons, who pleaded anonymity, called on the Federal Government to create more access roads leading to the area.

They lamented that in spite of the number of people resident in those satellite towns, there was only one major route through the Mararaba/Keffi road.

El-Zakzakky was arrested in 2015 after his members had a confrontation with the motorcade of the Chief of Army Staff, Lt.-Gen. Tukur Buratai, in Zaria, Kaduna state.

Since the arrest and detention of El-Zakzakky, his followers had organised series of protests in some cities in the country, calling for his release.

The Army on Sunday confirmed that three members of the sect died on Saturday, while two soldiers sustained injuries when they clashed with troops at Zuba in the FCT.

In the wake of the disturbances at the weekend, the FCT command had assured residents of adequate security against planned protests by the sect in the territory.

Just yesterday there were rumours that the shiite protesters planned an attack on the National Assembly at Abuja, this has however been denied by the Sect, Naija News reports.