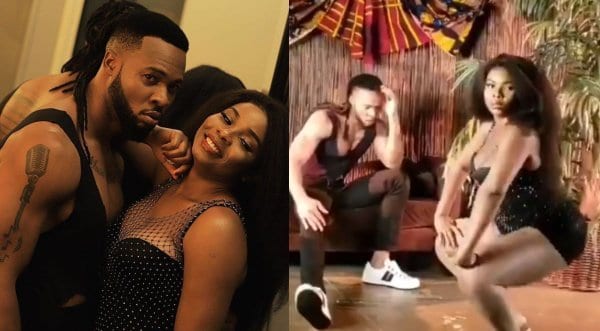 While reacting to the released video, Yemi Alade referred to Flavour as a crush turned bestie. she wrote;

#CrazyLove Video with My Crush Turned Bestie Is Out NOW ☺ ? [email protected]

#CrazyLove Video with My Crush Turned Bestie Is Out NOW ☺ ? ? @2niteflavour

Nigerians have however reacted to the released song:

So Yemi Alade and Flavour teamed up to give us their own stew but it turned out to be Akamu. Everywhere Akamu!!!

Still don’t know which stew taste better between “Wizkid & Tiwa Savage” or “Flavour & Yemi Alade”. But considering there is a FLAVOUR in one of them, then that particular stew stands a better chance of tasting better.