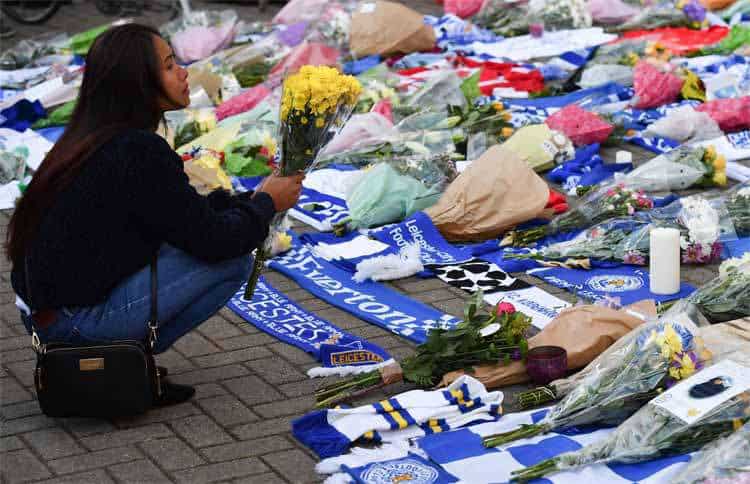 A day after the tragedy with the Leicester owner’s helicopter crash, King Power Stadium was packed full of flowers on Sunday. English club fans left bouquets, candles, posters and other souvenirs close to the scene of the crash.

Last Saturday, after a 1-1 draw with West Ham for the English Premier League, Leicester’s owner’s helicopter, Vichai Srivaddhanaprabha, crashed into a parking lot outside the stadium and exploded. The club and local authorities have insured the information so as not to disrupt the investigation. So it was not revealed who was on board at the time of the accident.

The aircraft took off from the middle of the lawn after a draw between teams. According to witnesses, the helicopter crashed almost immediately after leaving the arena. Vichai Srivaddhanaprabha had the habit of leaving the place this way. Some Leicester players were still in the stadium, and goalkeeper Kasper Schmeichel would have been seen crying after the accident.

The BBC reported that a source close to the family confirmed that the owner of Leicester was in the helicopter. There is still speculation that Vichai Srivaddhanaprabha’s daughter would also be on board. Neither the police nor the club, however, have confirmed any information so far.