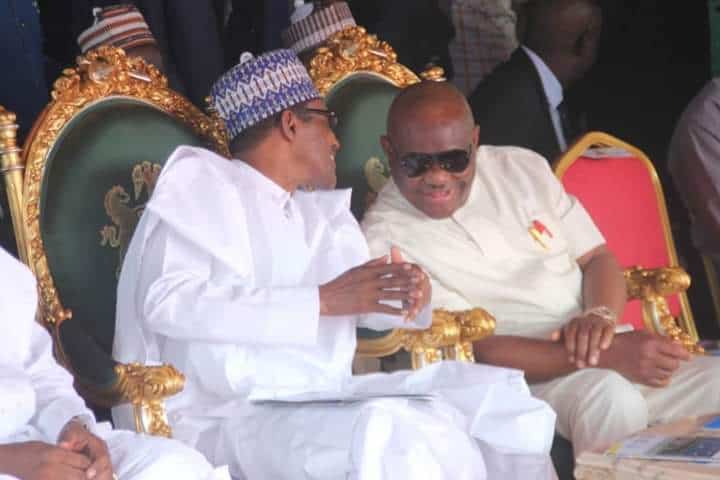 Rivers State Governor, Nyesom Wike, says that the completion and inauguration of a new terminal for the Port Harcourt International Airport is an indication that the state is safe for investment.

Something off Microphone in PH today

When President Buhari wanted to cut the commissioning tape to the Port-Harcourt Airport.
Wike was holding the tape but he wasn't holding it very well,
So PMB jokingly told him "HOLD IT" don't you have respect?
They both busted into laughter? pic.twitter.com/Ly74ZgOYfT

He also appealed to indigenes of Rivers and indeed Nigerians to project the image of the state in a positive way rather than de-marketing it.

“And I urge all of us who are from Rivers State, who are from Nigeria to market the state well and not to de-market our state. With this, people will come and invest. I thank you most sincerely,” Wike added.

The new terminal is one of four built with a $500 million loan taken from China in 2013, with Nigeria providing $100 million as counterpart funding for the projects.

The projects were expected to be delivered in 18 months, but the new terminal is being commissioned five years after.

Naija News gathered that with the new international terminal in Port Harcourt completed, Abuja, Kano and Lagos are to follow.

See how happy Wike is, after all its for the enjoyment of Rivers people and goes beyond politics.
This what Fayose would never have done.
Wike is a smart man. pic.twitter.com/dtAd8r7yoV