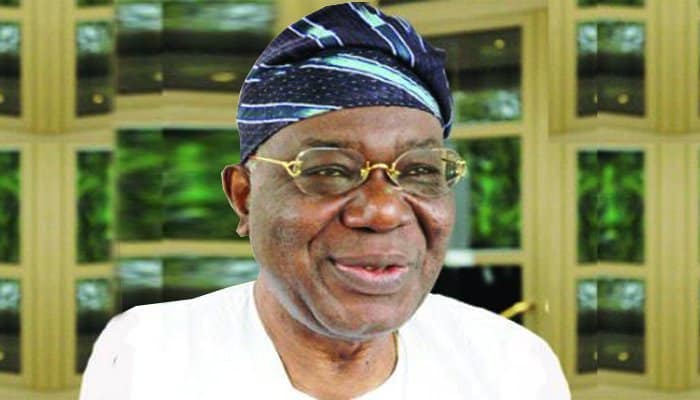 The government of Ogun state has denied the rumoured death of a former Head of Interim National Government of Nigeria, Chief Ernest Shonekan.

The government while reacting to the rumoured passing away of Shonekan, through the Secretary to the State Government, Taiwo Adeoluwa, said there is no iota of truth in the rumours.

“It is a lie from hell. Baba is alive,” Adeoluwa said.

Also, Mrs. Basirat Umar-Shonekan, a daughter of Chief Shonekan, has debunked the rumoured death of her father.

Speaking with a radio station in Ogun state through a telephone chat from Canada, Basirat declared that though on sick bed, her father is still alive.

Shonekan, currently aged 82, was appointed as head of interim government in Nigeria by General Ibrahim Babangida on 26 August 1993.