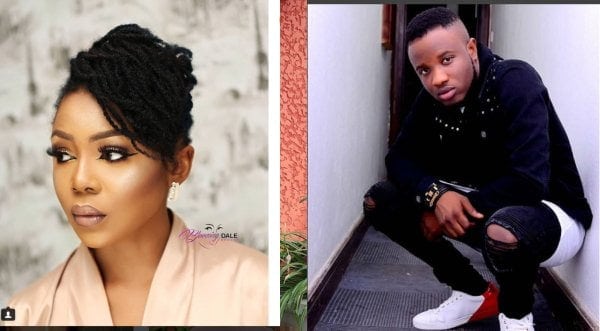 Former Big Brother Naija Housemate, Ifu Ennada, who has being into a social media fight with fellow reality show star, Dee-One, has called out the comedian again. 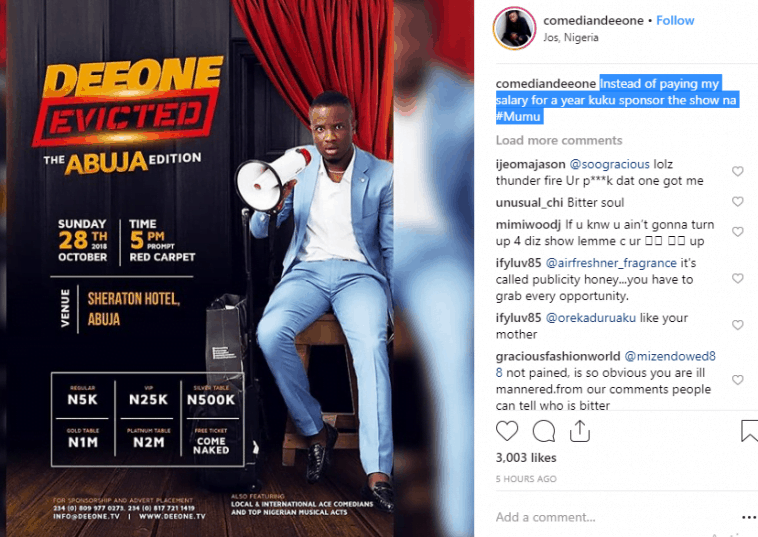 Ifu Ennada, had warned the comedian to keep her name off his mouth as he has refused to pick his calls nor reply her text messages, and further revealed that their misunderstanding can be linked to a video requested for by Dee-One that she did not send.

Dear @comediandeeone as I write this I’m short of words. You took a clear subtle joke and turned it into a Disaster Trigger. I thought we were supposed to be friends off social media…

I have called you on the phone to know the precise cause of your afflictions, but you’ve refused to take any of my calls or reply your messages.

Is this because I haven’t sent the video you asked me to record for you? Are you really mad at me for this or is there something I’m missing here?

Now you’ve resorted to more name callings on your page. The last thing I want to do is get in the mud with a pig, so I’m going to say this and not revisit this issue

“Dee One, keep my name out of your mouth and sentences. You might have time for frivolities, but I have a business to run and a brand to build. You’re clearly a comedian whose a failure at recognising the simplest joke and I can’t help deliver you from this burden.” 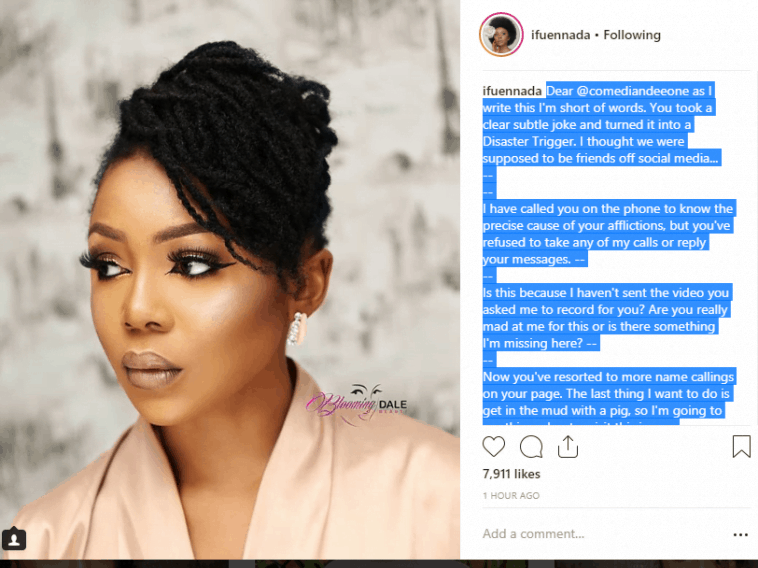 “That was me on stage performing at my lagos show! The person on yellow is my G! @iamteddya . The lady holding the phone is my fan. No worry i will send you a ticket for my show happening on Sunday at Sheraton… I love my fans” 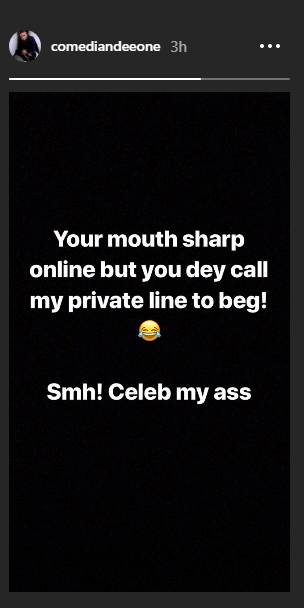 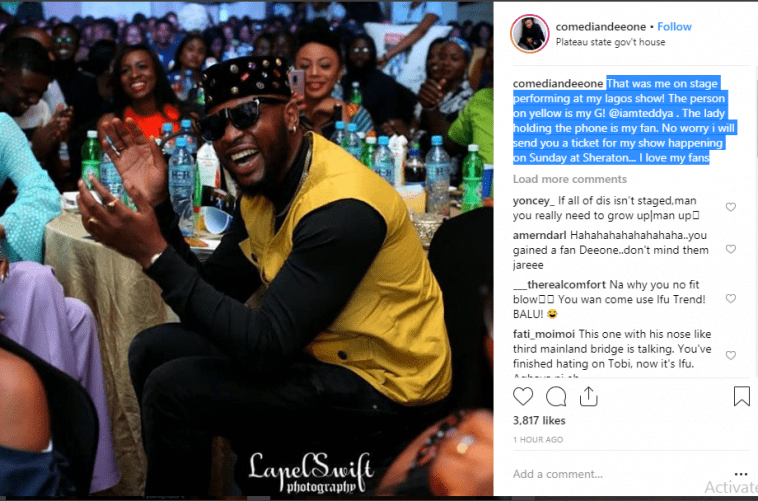