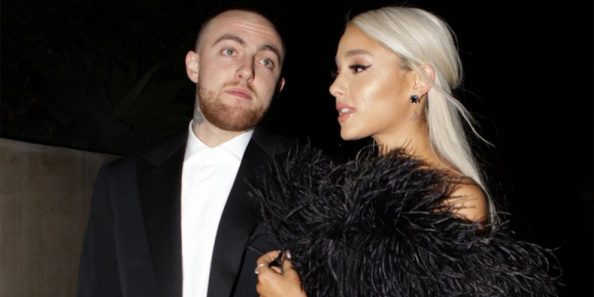 American singer, Ariana Grande, seems not to have recovered from mourning, after the news of her ex-boyfriend, Mac Miller struck the net.

Ariana took to her Instagram to share a video where her ex-lover, smiled after been caught by him that she was secretly recording him.

Recall that shortly after news surfaced that the rapper had overdosed, she took to her Instagram to blame herself for his struggles. “I adored you from the day I met you when I was 19, and I always will. I can’t believe you aren’t here anymore,” she said, adding, “You were my dearest friend. For so long. Above anything else. I’m so sorry i couldn’t fix or take your pain away. I really wanted to.”

Ariana Grande and Mac Miller started their relationship between 2016 and 2018, and broke up around May, the singer had claimed that the relationship was toxic, and decided to move on to Pete Davidson, who she got engaged to, but however called off the engagement.