The Former Governor of Ekiti State, Ayo Fayose has reacted to the killings in Kaduna State.

Naija News learnt that the governor who is in EFCC custody, took to his twitter account with caption saying …

It will be recalled that Naija news  last week reported that up to 55 people were killed on October 18 crisis at Kasuwan Magani in Kajuru Local Government Area of Kaduna state.

It was also gathered  that a similar crisis in February left more than 10 people dead in Kasuwan Magani, while 65 suspects involved in the crisis were arraigned in court but the case is still ongoing. 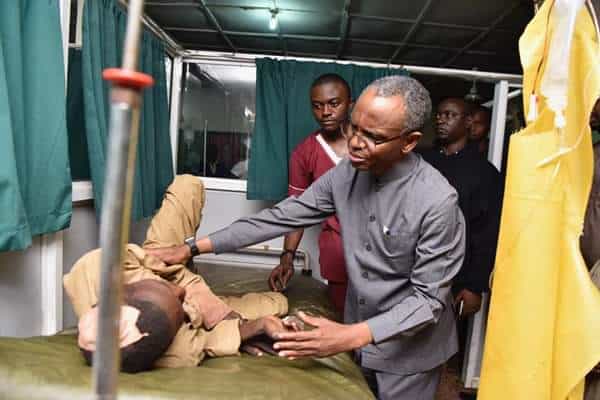 Governor El-Rufai, after declaring a 24-hours curfew, also in the early hours of today, visited survivors of yesterday’s Kaduna violence in hospitals. He took time to visit the survivors at the Barau Dikko Teaching Hospital and St. Gerald’s Hospital.