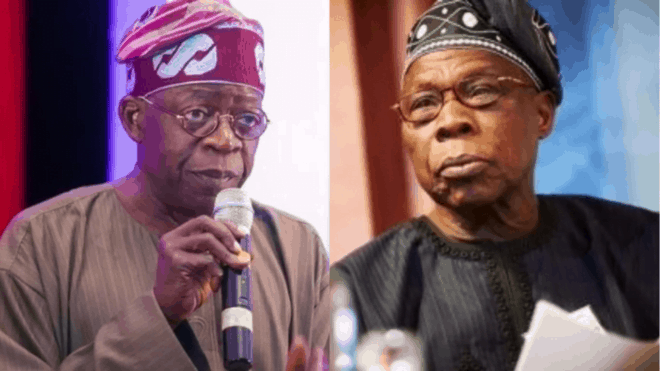 In a recent interview with titled the “The Talk” with “Voice of the People”, Obasanjo said he was not know Tinubu’s leadership position in the APC.

He also  discussed other national issues on the show and also talked about the presidential candidate of the Peoples Democratic Party, PDP, Alhaji Atiku Abubakar.

The ex-President had been asked to identify the designations of certain political figures in the country.

He identified Muhammadu Buhari and Prof. Yemi Osinbajo as the President and Vice President respectively, while he also identified Senator Bukola Saraki as the Senate President.

When asked to identify Tinubu, he said, “Oh, Bola? Bola is supposed to be the leader of the APC. I don’t know the position of his leadership as you and I are talking.”