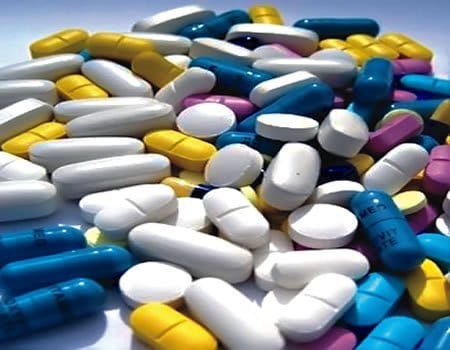 Nigerians have been cautioned by the South Korean ministry of food and drug safety against using drugs imported from China as they may contain human remains.

The ministry issued this warning in a memo dated October 12 and directed to the Nigeria Intelligence Agency (NIA) and other agencies including the Ministry of Health, the National Agency for Food and Drug Administration and Control (NAFDAC), The National Drug Law Enforcement Agency (NDLEA).

The memo was also received by the Nigeria Customs Service (NCS), Standards Organisation of Nigeria (SON), and the national security adviser (NSA).

In the memo, South Korean customs service said it intercepted 2,751 drugs containing human remains imported into the country by some suspected Chinese nationals.

The drugs are alleged to boost stamina and cure diseases including cancer and diabetes.

The memo said the South Korean ministry discovered the drugs to contain millions of viruses which could prove harmful to human health.

It therefore called on the NIA and the other agencies in the country to warn Nigerians to be mindful of drugs imported from China.

The agency also called the attention of mail delivery services in Nigeria to be at alert and monitor cargoes with drugs coming into the country.

“The South Korean Customs Service, on 30’” September, 2018, revealed that it had seized two thousand, seven hundred and fifty-one (2,751) Chinese drugs/capsules, containing human remains from foetuses, infants and flesh imported into the country by some Chinese nationals,” the memo read.

“The manufacturers claimed that the drugs/capsules can boost stamina, cure cancer, diabetes and some other terminal diseases. The capsules were smuggled in suitcases and through international market.

“South Korean Ministry of Food and Drug safety indicated that eighteen billion, seven hundred million (18.7 million) viruses, including hepatitis B virus, were found in the capsules.

“It stressed that the making of the human remain drugs and consuming them are crimes against humanity, which can also lead to serious health challenges.

“The Agency is monitoring the situation for detailed information. However, it is Important for all relevant health regulatory agenc1es In Nigeria, especially the Federal Ministry of Health, NAFDAC, NDLEA and SON, to sensitise Nigerians of this development and warn them of the inherent dangers of patronizing drugs imported from China.

“The Customs Service, NIPOST and other mail delivery services, should also step up monitoring of cargoes and packages with drugs imported into Nigeria.”

NAFDAC’s spokesman, Abubakar Jimoh confirmed that the agency is in receipt of the memo.

Jimoh, however, said there was no cause for alarm as all relevant departments were at alert.

He added that NAFDAC was on top of the situation, while urging Nigerians not to panic.

“These are the three major directorates in NAFDAC. They are in charge of policing the environment. The ports director is to police all the points of entries to ensure that nothing comes in. The post marketing surveillance, in case by chance, anything comes in, they are the ones combing the market. The investigation is to get ready and arrest anybody who happens to be involved.

“So, this is the modus operandi. It is not just about this alert, every other alert, whether we get it from NIA or from ordinary Nigerians. This is not the first time we are getting such either from the NSA’s office or the NIA or at times, the SGF. So, all government agencies concerned are involved in this.”