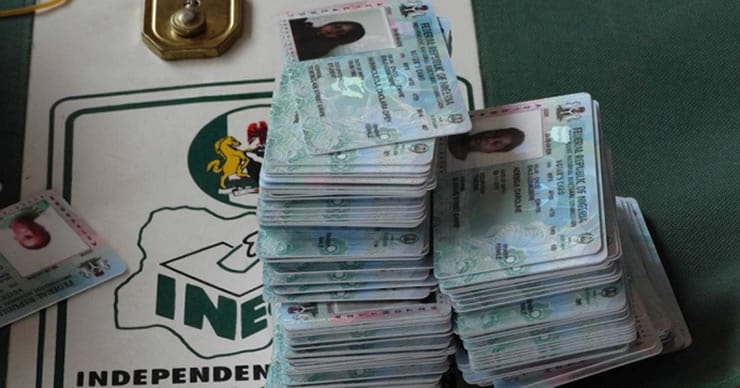 The Oyo state Electoral Commission  today disclosed that about 800,000 Permanent Voters’ Cards (PVCs) are yet to be collected by their owners.

The State INEC Commissioner, Barrister Mutiu Agboke made this known at a stakeholders meeting for Ibarapa Zone held at the Eruwa Town Hall today.

According to him, the commission is committed to conducting free, fair and acceptable elections in 2019.

He explained that the electoral umpire is concerned with the thousands of PVCs which remained uncollected despite the frantic effort by the commission.

He further lamented that rather than engaging in political campaigns by parties, what should be paramount in their agendas is to sensitize people on the need to collect their Permanent Voter’s Cards.

“Without PVCs, there is no way any individual can exercise his or her civic responsibility during the general elections hence the need for INEC to intensify efforts in its sensitization programmes” he said.

While appreciating the Ibarapa zone for their cooperation in the recent Ibarapa East State House of Assembly bye elections, the INEC chief said the task of ensuring credible elections cannot be left in the hands of government alone, hence the need for people to cooperate with the commission.

Speaking on the issue of vote buying, Barrister Agboke assured that INEC will do everything within its power to eradicate vote buying in 2019 general elections. He however called on politicians to desist from the dastardly act.

Also in her remarks, the state Director, National Orientation Agency, (NOA), Mrs Dolapo Dosunmu emphasized the need for people to eschew violence before, during and after the general elections.

She explained that every stakeholder has a role to play at ensuring successful conduct of the 2019 general elections.

Some Council Chairmen and political stakeholders in their remarks pledged their continuous support for the INEC at ensuring smooth conduct of the 2019 general elections.

Earlier, the Oyo INEC REC, Barrister Mutiu Agboke had visited the palace of the Eleruwa of Eruwa, Oba Samuel Akindele where he solicited the support of the monarch in sensitizing people on the collection of the PVCs.

The Eleruwa of Eruwa, Oba Samuel Akindele commended Barrister Mutiu Agboke and his team for his giant strides since assumption into office. The monarch also urged the INEC not relent on its efforts at ensuring one man, one vote clamored by the institution.

This according to Eleruwa would strengthen the Nigerian nascent democracy.

The meeting had in attendance traditional rulers, religious leaders, Community leaders and members of the political class.