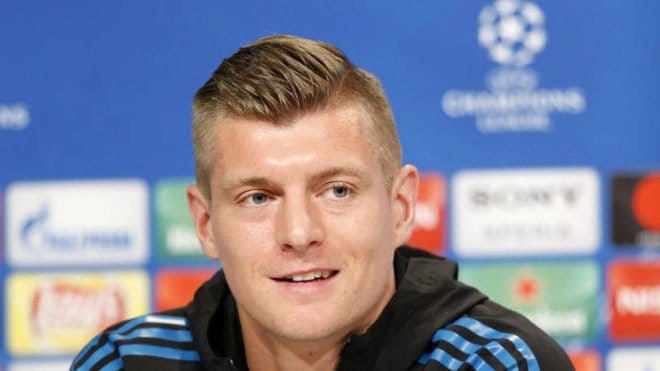 La Liga side, Real Madrid are thinking of selling the midfielder, Toni Kroos, due to his performance this season, however, Manchester United has shown interest in signing the player, according to reports in Spain.

Kroos has being involved in his side’s three consecutive Champions League titles, but has revealed that he is unhappy with his role in new manager Julen Lopetegui’s system.

While away on international duty with Germany national team, the midfielder suggested he did not want to do the dirty work Lopetegui required of him, saying, “I like playing deeper, but I’m not Casemiro.”

Spanish publication, El Confidencial, is now reporting that Kroos’ words have not gone down well with Real’s hierarchy, who are already thinking about selling him off.

There is a feeling that the German international is not pulling his weight, leaving Real’s midfield exposed, while he has long wanted to test himself in the Premier League.

Real are now tempted by the possibility of selling the 28-year-old, and know they could demand a big fee from United.

The La Liga giants have already earmarked a replacement, with its president, Florentino Perez being a huge fan of Tottenham Hotspur midfielder, Christian Eriksen.

Although Eriksen usually plays as an attacking midfielder for Spurs, Real believe he would be more effective in a double pivot alongside Casemiro than Kroos, and would be supplemented by the likes of Luka Modric and Dani Ceballos.