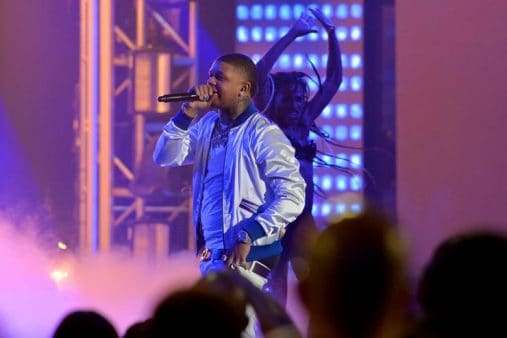 American Rapper, Yella Beezy, is currently receiving treatment in a hospital after he was shot at over 12 times in Lewisville, Texas.

According to HNHH, the 26-year old "That's On Me" rapper was confirmed as the victim of a drive-by shooting first reported by local CBS affiliates and the Dallas Morning News.

Police reported that the victim was shot at more than 12 times while he was driving on the Sam Rayburn Tollway. In the released report, authorities stated that another car pulled up alongside that rapper's car and a passenger began to fire inside the vehicle.

Beezy was later found wounded along State Highway 121 around 3:30 a.m, and luckily survived the attack.

There was no official confirmation on the rationale behind the attack, however, HNHH adds that fans are speculating that the shooting is in connection to the death of comedian Roylee Pate, with whom Beezy had a beef.

Pate was shot in the foot two weeks ago, which in turn led to a blood clot in his lung. He died from the complications on Saturday (October 14th).