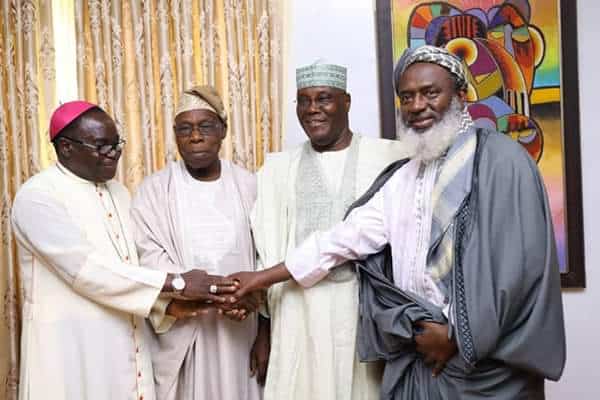 Sheik Gumi Says He Is Only Interested In Good Governance

Sheik Ahmad Gumi, a prominent Kaduna-based Islamic scholar, has moved to clear the air on why he attended the Atiku/Obasanjo conciliatory meeting.

Gumi, while explaining his role at the meeting, said he accompanied former vice president and Peoples Democratic Party presidential candidate, Atiku Abubakar to the reconciliation meeting with former President Olusegun Obasanjo because he was invited as an apolitical scholar.

According to the scholar, who however failed to disclose who invited him to the meeting, he is known to be an individual who “speaks his minds and criticises any political party in government when it does wrong to Nigerians.”

He also revealed that he attended the meeting as the Islamic religion encourages reconciliation between two aggrieved persons.

‎”When a Muslim hears of anything that will lead to reconciliation between people, it is good for someone to attend if‎ invited.

“Whoever does that Allah will reward him. Most especially if leaders are said to reconcile, if we fail to attend, we have betrayed the religion,” the Islamic scholar told Premium Times in a phone interview.

“They invited us to the meeting because they said they needed scholars and clergymen who are apolitical, meaning they support no particular political party.

“The Peoples Democratic Party members knew that when they were in power and they made mistakes, I criticised them and same with the other party (APC), I criticise them when they err.

“So this was part of the reasons I was selected ‎because they said they need people that have no political interests and can tell them the truth.

“I’m neither an APC or PDP sympathiser which was why they wanted us to witness the reconciliation,” he said.

Naija News recalls two Christian clerics, Matthew Kukah of the Catholic Church and David Oyedepo of the Living Faith Church were also sighted at the meeting.

Answering questions on what the role of the religious leaders at the meeting, Gumi said:

‎”What we told them there was to learn to forgive, forget and to face the future. This was just the message and what we told them. We also said that since we witnessed the reconciliation they need to forge ahead.”

“But these people (Atiku and Obasanjo) saw the window for peace and grabbed it and decided to reconcile their differences.