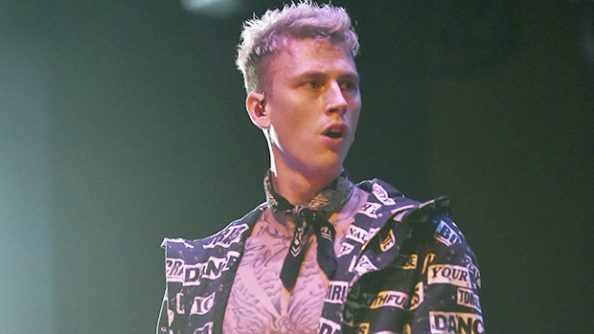 Over the weekend, the news of Machine Gun Kelly‘s death started making rounds on social media, following the announcement by some meme-makers posing to be medical practitioners who claimed that he died after consuming a fictitious drug called “Ligma.”

This will not be the first time such stunt would be pulled by some fans, recently, eSports icon Ninja was claimed to have died by Ligma. HNHH reports that this was reported using a dummy account.

MGK is the latest victim.

Rapper Machine Gun Kelly's fans were worried for his well being when rumors swirled on Twitter that he had died from a 'ligma overdose' on the morning of Oct. 14.https://t.co/R4qkWfKDEf

This comes not long after Eminem released the vicious diss targetting the younger rapper. As expected, some Eminem fans did not feel sober when the death news surfaced.