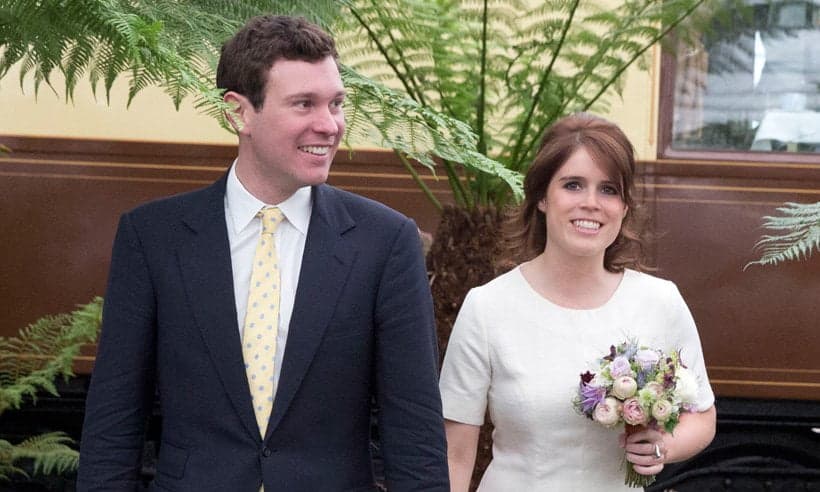 The wedding would hold in the same royal chapel of the Windsor Castle where Prince Harry and Meghan, the duchess of Sussex, got married in May.

Like Harry and Meghan, Eugenie, 28, and Brooksbank, 32, will take a carriage ride outside the castle following their ceremony.

However, the crowd to cheer them would be much smaller than the one in May and only one British broadcaster, ITV, will cover the event live.

Several A-list celebrities are expected to attend the ceremony at St George’s Chapel, including George and Amal Clooney, and singer Robbie Williams.

Williams’ daughter Theodora and Prince George and Princess Charlotte – the children of Prince William and Kate, the duchess of Cambridge – will be among the bridesmaids and pageboys at the wedding.

Eugenie’s sister, Princess Beatrice, 30, will be her maid of honour.

Eugenie and Brooksbank have been in a romantic relationship since they met at the Swiss ski resort of Verbier in 2010.

Brooksbank proposed to Eugenie during a holiday in Nicaragua in January, according to the royal family.

She is the second daughter of Prince Andrew and his ex-wife Sarah Ferguson, who retains the title, Duchess of York.

Brooks-bank, dubbed a “socialite” by British media, is the former manager of up-market London club Mahiki.

Eugenie is eighth in line to the throne, behind her uncle, Prince Charles, his sons Prince William and Prince Harry, and her sister Beatrice.